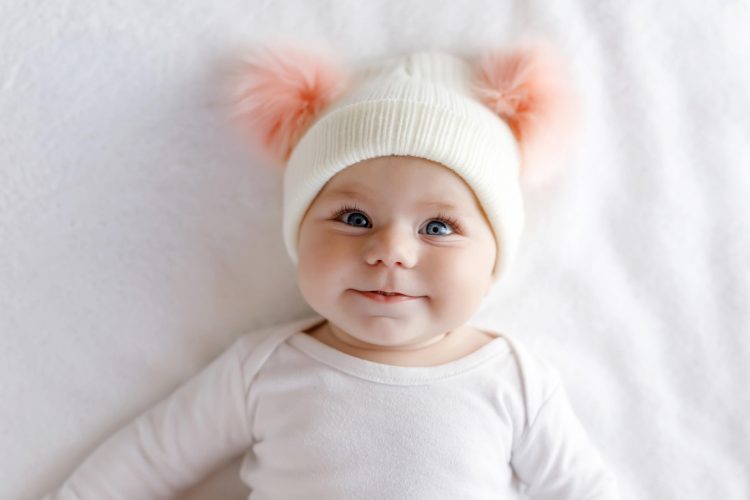 
RELATED: Your baby will earn more money if they have this name

This weird one comes from the Philippines. Sincerely Yours ‘98 (cheekily nicknamed Truly) gained national media attention for her unusual name. Her older siblings didn’t fare much better – they’re named Spaghetti ‘88 and Macaroni ‘85. Although people have cracked jokes about it, Truly says she loves her name and would never change it.

We have a homegrown entry on this list! Australian mum Jessica Mavis wanted to name her daughter Kaitlyn but didn’t like that it was a popular name. She employed a quick fix, changing the spelling of this common girls’ name to KVIIIlyn (VIII is the Roman numeral for eight), and creating this viral sensation.

We don’t blame you for thinking that Vanderson Anderson is just a joke. But the original poster tweeted out a pic of the guy’s business card, so we’re sorry to say that this is 100% genuine.

Name puns aren’t always inappropriate; sometimes they’re wholesome, like this one. Paige and Turner, by themselves, aren’t unusual names. But put them together, and you have some ace wordplay. We suspect that one of Paige’s parents might be a bookworm.

Mr Perv is a most unfortunate name, especially for a grade school teacher.

Naming your kid after a popular character is pretty common (just think about how many Daeneryses and Khaleesis were born in the last few years), but sometimes it gets out of hand. Just ask Batman Bin Suparman, a Javanese-Singaporean whose hilarious name went viral after he got arrested. Whether you’re team Marvel or team DC, we can all agree that this name is super cringey.

Mosima Gabriel Sexwale a.k.a. Tokyo is a businessman and politician from South Africa. Although we can’t help but chuckle at his name, Sexwale is a historic anti-apartheid figure. He was imprisoned alongside Nelson Mandela and won a government position during his country’s first democratic election.

Jackson, who now goes by her married name Vandyck, may have been born with a funny name, but she put it to good use. Her PhD dissertation was on uncommon black names in the classroom. Her mum must have seen this coming, because she allegedly told her daughter, “your name will take you around the world”.

Normal Asian names can sound funny to an English speaker since the words mean something else entirely. Sue H. Yoo (who is, funnily enough, a lawyer) is a perfect example of this.

Even if you’re not a fan of the Karate Kid series, Mr Meowgi is a cute and funny name for a cat.

Put on your detective hat and search for clues with your trusty canine sidekick, Sherlock Bones. Your dog’s nose will definitely sniff the perp out!

Horses have a reputation for being sophisticated, elegant, and beautiful animals. But that doesn’t mean they can’t sport a ridiculous name! We love Usain Colt because it’s cheeky, but it’s also a great name for a future champion racehorse.

The LAN Before Time

What do you get when you combine nostalgia with an amusing pun? You get this Wi-Fi name.

Hide Yo Kids, Hide Yo WiFi

Antoine Dodson wasn’t just a viral sensation, he was a cultural icon. His “Hide yo kids, hide yo wife” tirade on the news spawned multiple parodies, a world-famous remix, and this hilarious wireless network name.

If you want to keep people from connecting to your Wi-Fi network, sometimes you need to get a little creative. Name it “Error”, “Virus Detected”, or “Network Not Found”, and internet leechers will look elsewhere!

Funny names are fun to come up with, and they might make you laugh the first few times. But be careful when naming your kid something unique—while your intentions might be good, it leaves them vulnerable to jokes, pranks, and maybe even bullying.

If you want to exercise your creativity, maybe stick to naming your pet or Wi-Fi router instead.

RELATED: Parents look to Netflix for their baby name inspiration

Sarah’s Story; the Plight of Abandoned Hunting Dogs in Croatia

Sarah’s Story; the Plight of Abandoned Hunting Dogs in Croatia