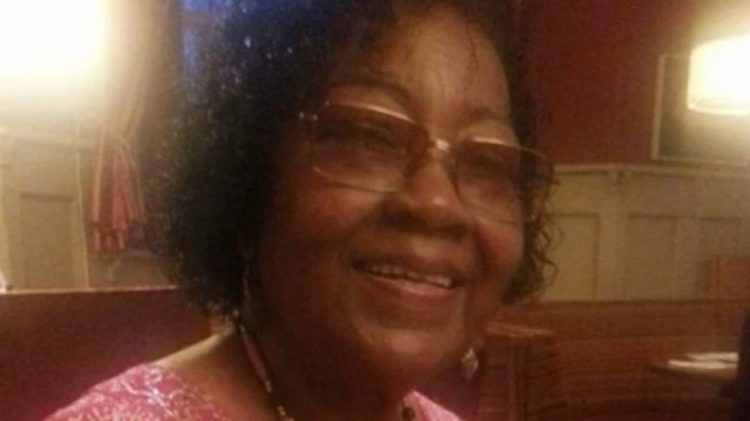 A great-grandmother has been mauled to death by two dogs after they got through a hole in the fence on Good Friday.

Lucille Downer, 85, had been looking forward to a family reunion next week for her 86th birthday after spending months in lockdown in the UK.

But the dementia sufferer was killed after being “dragged round her garden” by two pit bull-type dogs when they rushed into her yard through a hole in the fence, reports The Sun.

“It’s absolutely heartbreaking and the family are in pieces,” a neighbour said.

The neighbour said Ms Downer’s daughter, who lived opposite, had been planning a small get-together in the garden of her home in Rowley Regis, West Midlands.

“They’d planned to be together next week and have a little celebration in the garden if the weather was nice with cake and some party food.

“Now they are having to plan a funeral. Nobody can believe or comprehend what’s happened.”

In a statement, her family said: “Lucille was a mother, grandmother and great-grandmother who spent her working years as a cook at Bromford House Care Home in West Bromwich.

“Lucille was born in Jamaica and emigrated to the UK in her early 20s.

“Since arriving in the UK, Rowley Regis has always been her home and her family will miss her dearly.”

A community in shock after ‘horrific’ death

Locals said she lived alone after losing her husband, but her was “always on hand to help out”.

“She was a lovely lady,” one neighbour said.

“We hadn’t seen her much in the past year because of COVID restrictions but what’s happened has shocked everyone in the street. It was horrific.

“She’s has three children – two sons and a daughter – but one of her daughters sadly died from an asthma attack about 10 years ago.”

Another neighbour told The Sun: “The poor woman was dragged around the garden. Her injuries were on her neck.

Police confirmed the dogs involved in the attack had been “humanely destroyed” after ownership was voluntarily transferred to officers and a conclusion made they could never be rehomed.

Speaking at a press conference yesterday, Superintendent Phil Asquith said: “Our officers attended, by which point the dogs had returned through a hole in the fence to the adjacent property and then, unfortunately, despite the best efforts of medical professionals, that lady died at the scene.”

Arrest made after dog attack

An RSPCA spokesperson said: “This sounds really distressing and our thoughts are with the family involved.

“We are unable to comment on complaints about individuals or what action may or may not have been taken for legal reasons, but we would like to reassure people we will always respond to concerns reported to us about animal welfare.

“We always have to act within the law and take appropriate action based on the information and evidence we have.”

A neighbour who didn’t want to be named said: “We just came at around 4pm and there were just so many police cars and everything blocking the road.

A 43-year-old man has been arrested on suspicion of being the person in charge of a dog dangerously out of control and death is caused.

He has been bailed pending further inquiries after being quizzed by police.

Armed police were at the scene, and a dog was seen being carried from a house.

A police spokesperson said: “A police scene and presence will remain in place in the area as we work to establish the full circumstances of what happened.

“Our thoughts are with the family and friends of the woman at this deeply distressing time.”

K9 of Mine Creates Dog Training Plan for Major Biden

K9 of Mine Creates Dog Training Plan for Major Biden