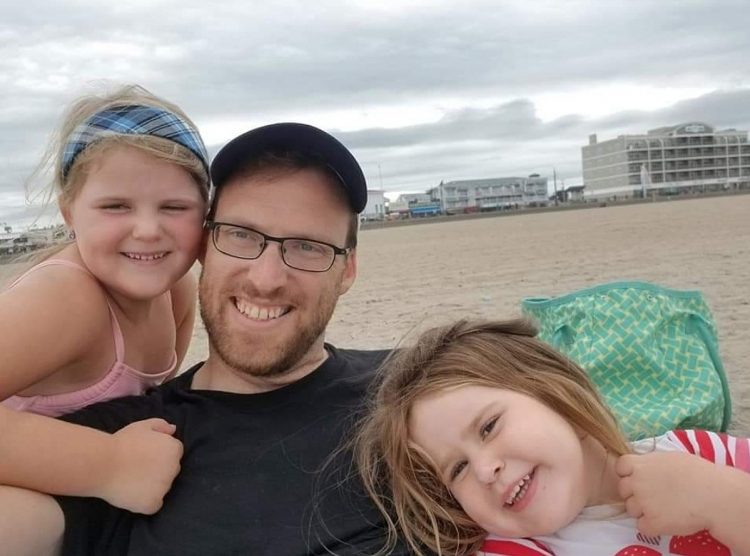 A Hampton man is writing a book about managing a rare disease that prevents people from eating protein after struggling with the same genetic disorder known as phenylketonuria his entire life.

Patrick Coleman, 38, was diagnosed with PKU when he was a newborn baby through a blood test that is part of standard screenings in the United States.

Since the ingestion of protein can cause damage to a person’s brain if they have PKU, that meant a childhood diet filled with a formula that Coleman said tasted like liquified cardboard.

“For me, I had to take all the cheese off my pizza and back then in the 80s veganism wasn’t trendy,” Coleman said in a recent interview.

Coleman said he really started to struggle with PKU when he was in high school and playing baseball, basketball, football and tennis.

“I was allowed nine grams of protein a day when I was 16 years old and playing four sports,” Coleman said.

Coleman went off his protein-restricted diet, but then as an adult, he started to feel the effects and reached out to a nutritionist.

For six years before the U.S. Food and Drug Administration approved Palynziq in 2018, Coleman was taking the drug as part of a clinical trial.

Over time, Coleman has been able to try more foods with protein. The father of three even experimented recently while at Tinos Kitchen and Bar on Lafayette Road in Hampton.

“I was like, you know what, I want to try a lamb chop and it was probably the best thing I have ever put in my mouth,” Coleman said.

PKU can cause chronic intellectual, neurodevelopmental and psychiatric disabilities if left untreated.

READ MORE: Here are 50 ways you can improve your work from home lifestyle

Pet Week: Sit, walk, stay, does your dog know what those mean? Training could help