Health Official Said ‘Doggie Cones’ Could Be Used As PPE 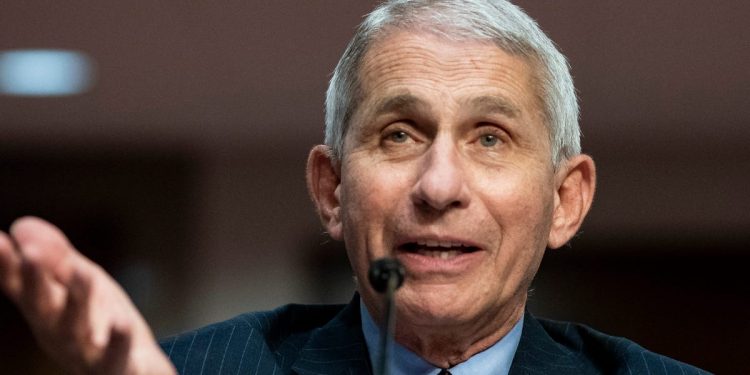 A US health official suggested to Dr. Anthony Fauci early in the pandemic that medical workers could use “doggie cones” instead of personal protective equipment, according to emails obtained by The Washington Post.

On Tuesday, The Post published 860 pages of emails sent and received by Fauci, the director of the US National Institute of Allergy and Infectious Diseases, spanning March and April 2020.

BuzzFeed News has also published 3,200 pages of Fauci’s emails from January 2020 to June 2020. Both outlets said they obtained the emails through Freedom of Information Act requests.

In response to the suggestion from the Department of Health and Human Services official that dog cones — used to stop dogs from scratching dressings or wounds — could be used as PPE, Fauci replied with a polite thank you, The Post said.

Insider has contacted the Department of Health and Human Services for comment.

At the time of the emails, the US was struggling to provide doctors, nurses, and other frontline workers with enough PPE.

In April, members of National Nurses United — the largest nurses’ union in the US — protested outside the White House and called for President Donald Trump to take action.

Even one year into to the pandemic, supplies of PPE still appeared to be inconsistent.

A survey conducted by National Nurses United in February 2021 found that 81% of nurses said they had reused single-use PPE.

Dog missing for 6 years reunited with owner in Indiana