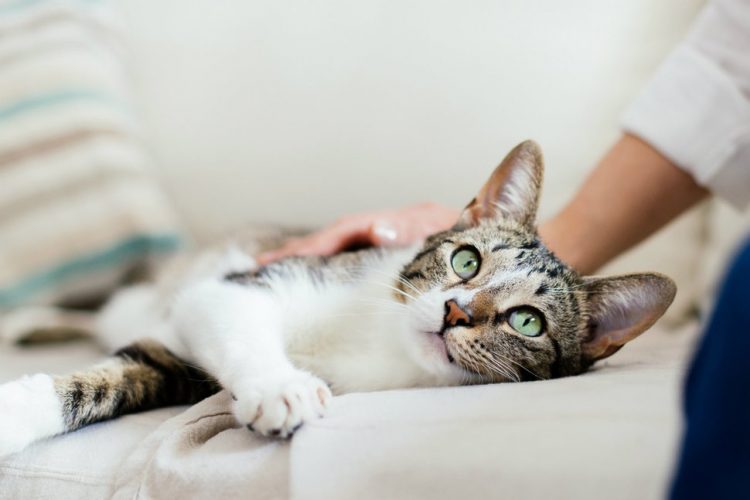 Cats can become infected with coronavirus, and kittens could have particularly severe reactions, but dogs and other animals are less likely to get the virus, according to a new study.

In the study published in the journal Science on Wednesday, researchers attempted to infect the animals by inserting the virus into their noses. They also put uninfected cats next to infected ones to test airborne transmission among felines.

The cats that caught the virus developed antibodies, according to the study. Kittens that were exposed developed “massive lesions” in their noses, wind pipes and lungs. Researchers found evidence that cats can, in fact, infect each other through respiratory droplets.

Experts say that people with the virus should quarantine themselves to avoid exposing family members. The separation applies to their feline companions, too.

“What these data do provide is support for the recommendation that people who are with COVID-19 should be distancing themselves, not only from other household members but also from their household pets, so as not to transmit the virus to their pets, particularly to cats or other felines,” Daniel Kuritzkes, head of infectious diseases at Boston’s Brigham and Women’s Hospital told Reuters.

And while humans can likely infect their pets, scientists don’t think pets play a role in transmitting the virus to humans in the U.S. The Department of Agriculture said in a statement that there is “no evidence that any person has been infected with COVID-19 in the U.S. by animals, including by pet dogs or cats.”

Scientists report that the coronavirus might have originated in bats, but it is possible that there was a different, intermediate host that passed it on to humans.

Maria Van Kerkhove, an epidemiologist with the World Health Organization, on Wednesday said the group is working with partner agencies to “look more in depth at the role of pets,” though they aren’t believed to play a major role in the transmission of the virus. She said WHO is aware of the virus in two dogs in Hong Kong, a cat in Belgium and a tiger at the Bronx Zoo in New York.

The female tiger at the Bronx Zoo became the first known animal in the U.S. to test positive for the virus earlier this week.

The tiger, called Nadia, along with six other big cats are believed to have been infected by a zoo employee who was not showing symptoms. The zoo said the animals showed a slight decrease in appetite, but they are expected to make a full recovery.

The Centers for Disease Control and Prevention says it hasn’t received any reports of pets in the U.S. catching the virus. If someone is sick with the coronavirus, the CDC recommends they limit contact with pets and other animals.