How To Choose, Adopt & Train Your Puppy 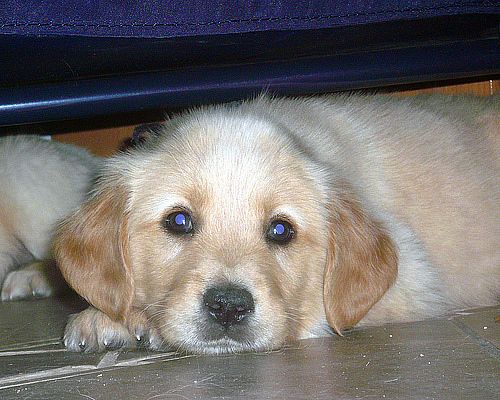 What To Expect From Those First Days

It is important in your puppy’s first days that you understand what to expect from your puppy. 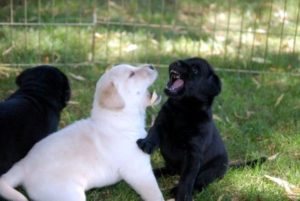 You have to remember that in these early days that your puppy has no self-control and will do ever silly thing that pops up in their head. This attitude to life is one part animal instinct and another part of the natural lack of self-control that comes with being in a new world. In the first few months, do not expect them to make any good choices in behavior or any sense of being behaved. They will act on any urge until you can teach them to resist these temptations. Resist the urge to want to punish them.

When it comes to puppy training in the early days, you have to place your expectations in the same range as what you would expect from a newborn baby. Their needs are just like a newborn who cries out for comfort or food. You wouldn’t spank a newborn for wanting these things and you should show the same sense of caring and restraint towards your puppy. Remember, they are not trying to get on your nerves but trying to communicate that they have needs that have to be met.

One of the true facts about puppies is that while there are some fundamental skills you can instill in them, you’ve got to understand that they’re still too young for any kind of formal training. In those first months, your job as an owner is to think like a parent. It’s your responsibility to just teach them new concepts, try to prevent them from making too many messes and keep them safe from their own rambunctiousness. It is around five to six months old that is the best time to start with formal obedience training.

In the early period, the most exploration that they will do is similar to a baby in the fact that they will use their mouth to explore their new surroundings. When they explore, you should look at this as a valuable thing as it means that your puppy is eager to know his new environment. While there will be areas that are off-limits to your new friend, try to redirect him to safe places in a positive manner as to not crush his natural instinct to learn from exploration.

When it comes to puppy expectations, the best advice is to try to expect too much at this stage and give them the right amount of love and caring. I want to stress “the right amount” because new dog owners tend to lavish too much love and end up spoiling the puppy. This tends to lead to a dog that is harder to control and might develop attachment issues later in life. The best advice is to just enjoy these first few months and take lots of photos because they will not stay a puppy forever. 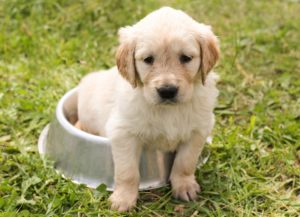 When bringing home that cute new Maltipoo or Yorkshire, you might want to immediately pick up the little fellow and smother it with all the love and affection you can muster. But in reality, your new little beagle has needs and boundaries that must be met. There will be plenty of time to spoil your new puppy in the future but first, you have to make his home his new doggy castle.

The goals for puppies should be focused on bringing confidence to your puppy. The puppy needs confidence in his environment, in your leadership, and most importantly, in himself. You need to socialize with them each day so they can experience new things. A new puppy needs stimulation like walks in the park, the smiles of new people, and the scents of new places. As your new friend will develop puppy behavior based off of how you act as a leader, you need to show confidence as pack leader and your puppy will respond in kind. They also need to be sure that their actions fit in with the new environment, so the more praise you give them; the more they feel that their actions are successful.

Another thing, his new puppy behavior has to be tailored to his new environment. He has to start to gain acceptance of the world around him and the only way this can happen is through good direction and constant praise. With basic puppy training, the idea is to expose your new roommate to all sorts of dog-friendly objects within your home and praise them when they investigate these treasures for themselves.

Lastly, your new puppy has to be able to understand that it is okay to be left alone. Too many new owners try to spend too much time with their new puppy, even allowing them to sleep in their bed. What happens is when he is left alone, he misses the interaction and can develop separation anxiety. Starting early with crate training allows your new friend to know where his place is and where he can go to get those moments of downtime.

Remember, when establishing basic puppy training that, while it is never a good thing to spoil him, it is also important to not have high expectations towards what skills he learns. Being a puppy in a new home for the first few months is about how he understands his environment and his new leaders and what positive and wonderful experiences are waiting for him each and every day. 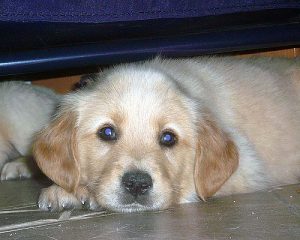 Housebreaking your puppy can be a time consuming arduous task if you don’t have the facts about puppy training. But before you go about teaching your dog, please teach yourself and make sure you have lots of love and patience for your new companion.

Until puppies reach ten or twelve weeks, they have little say over their bladder or bowels. Please don’t yell at the pup for something that is entirely out of his control. Instead, focus on getting your puppy outside at the times he is most likely to go. A great deal of the housebreaking process is simply pairing certain conditions with certain responses. For example, when you know your puppy has to go, take him outside and put him on the grass. If you repeat this method enough, he’ll actually correlate grass with doing his duty and it is always good to return to the same area for your pup’s potty trips.

Unless you catch a dog in the act, don’t scold him, especially if he’s very young. Shoving his nose in the mess after the fact will do nothing except instill fear. When a dog has to go, he’ll usually let you know by circling and sniffing unless he is really anxious and doesn’t have time. When you see this happening, stop him with a firm “No” and perhaps a pull at the scruff of the neck followed by taking him outside immediately. 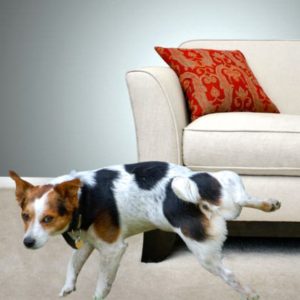 Dogs have a natural sense not to soil their beds. If you keep your puppy in a confined space when he’s unsupervised he’ll hold it until you let him out (at least after he reaches about ten weeks). If at this point you take him straight outside, you’re on your way to creating the right habits.

In nature, dogs tend to form hierarchical social groups, and when they’re domesticated, you are considered the leader of the pack. As a result, they very much want your approval. If you dole out praise at the correct times, you’ll reinforce desirable actions.

Accidents will happen, especially when you’ve got a new puppy in your home. Until your dog reaches six or eight months, you can expect him to slip up occasionally. Remember not to punish him unless you catch him in the act or it simply won’t work otherwise. If you do catch him, give him a firm “No” and take him straight outside.

Of course, your puppy can’t expect your captivated awareness for the rest of his life. After two to three weeks of a firm schedule, you can start to introduce some flexibility. Try stretching out times between walks by 30 minutes a week, or even an hour. Your dog will let you and your carpet know when you’re going too fast. Slowly introduce him to other rooms in the house, though always under strict supervision. Stick to one brand of dog food, and if you do switch brands, have a transition period. Changing foods can cause diarrhea.

Most importantly, when dealing with your new puppy and housebreaking, be firm and consistent in dealing with him and do not let him engage in behavior that you do not approve of no matter how cute he looks doing it.

Where Should You Look for Adoption Puppies On the Web

Adopting puppies through the web, or finding adoption locations through the web, is actually quite simple if you start with the trusted outlets, which are found through organizations like the Humane Society and kennel clubs like the AKC, UKC and the KCGB.  These o 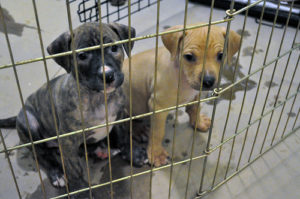 utlets can quickly guide you to the trusted and reliable outlets for adoption puppies for free while avoiding any participation with neglectful or abusive breeders and sellers.

For those that do not have a particular outlet in mind, or are just not that familiar with pet adoption online or off, can turn to websites like the ASPCA, the Humane Society, and the above-mentioned kennel clubs for assistance finding adoption puppies for free.  These outlets can save quite a bit of time, money and frustration, as well as help to find particular breeds like Chihuahua puppies for free.

The two largest retail outlets for pet care, Petsmart, and Petco, both have partner organizations and shelters that they work with directly, as well as those they know to be trustworthy and respectable.  Both of these outlets also have in-store adoption programs, which can be very good for those looking only for specific breeds like Pomeranian puppies for free adoption or even Maltese puppies for free adoption.

Three of the best outlets for puppies for free, even for expensive breeds like English bulldog puppies, are the shelters for the cities, counties and those with specific breeds in mind.  These are some of the most cost-effective as well, as many of these shelters specialize in some very expensive and rare breeds, which beg for the answer to why these sought-after breeds end up in shelters.  The sad truth is, most are just not the right match for their owners, and many more are rescued from neglectful or illegal operations, making it even more important to consider these options before purchasing a puppy outright. 4 Ways of Training Your Dog or Puppy For Different Purposes