How to look after your pet as they grow older 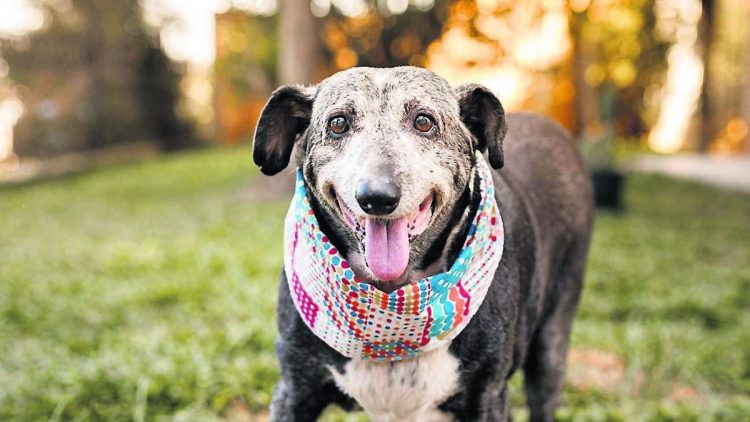 Sandy is an 11-year-old cross-bred retriever-collie. She had slowed down in the past year, plodding after her owner on walks, reluctant to come along at all. She spent most of her time sleeping, and was slow to get up in the mornings, taking a long time to get to her feet. Her owner had reached the sad conclusion that she was nearing the end of her days.

Sushi is a 16-year-old-cat, and she too had slowed down. She spent most of her life sleeping, only waking up to plod over to her food bowl, moving on to the water bowl, and then walking slowly between her two favourite sleeping spots, twenty yards apart.

In both of the above cases, a casual observer might believe that the animals were simply getting old. Isn’t it normal for elderly dogs and cats to slow down, and to become less mobile? Isn’t it natural for old age to cause pets to gradually lose their quality of life until at some point their owner needs to make the difficult decision to end their lives?

There is some truth in this: old age does involve an inevitable element of general wear and tear, a gradual loss of vitality, and a slow but steady decline. But it’s wrong to assume that when an older pet starts to fade, nothing can be done to help them.

In both Sandy and Sushi’s cases, the main cause of their decline was, in fact, a treatable problem.

They were suffering from arthritis, correctly termed osteo-arthritis (because the bones, as well as the joints are affected in the disease) or degenerative joint disease (because wear and tear, linked to old age, is usually the underlying cause of the problem).

Movement is slow and stiff, and worst of all, painful. Affected animals learn that the best way to avoid pain is to avoid movement, so they spend most of their time lying down, sleeping. This is a vicious circle: the less they move, the more their joints seize up. And they get weaker too, with the lack of exercise. They gradually lose the muscle power to move their stiff joints, making it even more difficult for them to get up and about.

While an owner may suspect that their pet has arthritis, it’s important that they go to their vet to have the diagnosis confirmed. Often a physical examination is enough to do this: vets can feel the various joints, checking for swelling and reduced movement, as well as assessing any signs of discomfort linked to pressure on the structures around the joint. Sometimes further tests, such as x-rays, may be needed to rule out other possible causes. The good news is that once the diagnosis has been made, successful treatment is now available.

Readers may be surprised to learn that one of the most effective treatments is completely free: many arthritic pets are overweight or obese, and the extra body weight is a major contributory factor to the problem. I have known some dogs to be almost completely cured of the signs of debilitating arthritis simply by losing a significant amount of weight.

So if your slowed-down pet is carrying too much weight, the first step is simply to review their diet, with regular weigh-ins and perhaps a special diet formulated to make it easier for them to lose weight.

There are also several non-prescription approaches to treatment, including supplements such as mackerel oil (containing omega-3 fatty acids), glucosamine chondroitin sulphate, exotic-sounding substances like green-lipped mussels, and on-trend ideas like CBD oil. However, the efficacy of these products doesn’t come close to the prescription-only medications that your vet’s likely to suggest.

The mainstay of arthritis treatment for decades has been a group of drugs known as non-steroidal-anti-inflammatory drugs (NSAIDS). These act to reduce the pain and inflammation around joints, and a daily tablet or liquid can be transformative. Many older pets have walked with ease and freedom after starting onto these products. It’s important to stress the need to only use drugs that have been licensed for dogs and cats: serious side effects are possible, and animals have died when owners have given their pets medication designed for humans.

In 2021, a new alternative for treatment of arthritis has just arrived and it’s transformative: it’s a monoclonal antibody that targets a biochemical called Nerve Growth Factor (NGF).

This is a substance produced around arthritic joints that’s involved in the transmission of pain sensation to the brain, as well as stimulating further inflammation. The new treatment specifically targets NGF, dramatically reducing levels around the joint. It’s given as a once-monthly injection.

Sandy and Sushi both had their first injections of this treatment in early May: already, both of them have more energy, sleeping less, and moving more.

Sandy is now loving her walks, again running ahead of her owner and exploring, as she did in her younger days. And Sushi now has over five favourite sleeping spots: she happily moves from one to the other, rather than just plodding painfully between two places.

If your older pet is slowing down, don’t just assume that old age is the cause: if they have arthritis, it may genuinely be possible to give them a new lease of life.