How To Reduce Stress & Anxiety In Dogs

by Andy
in Health, Training
0 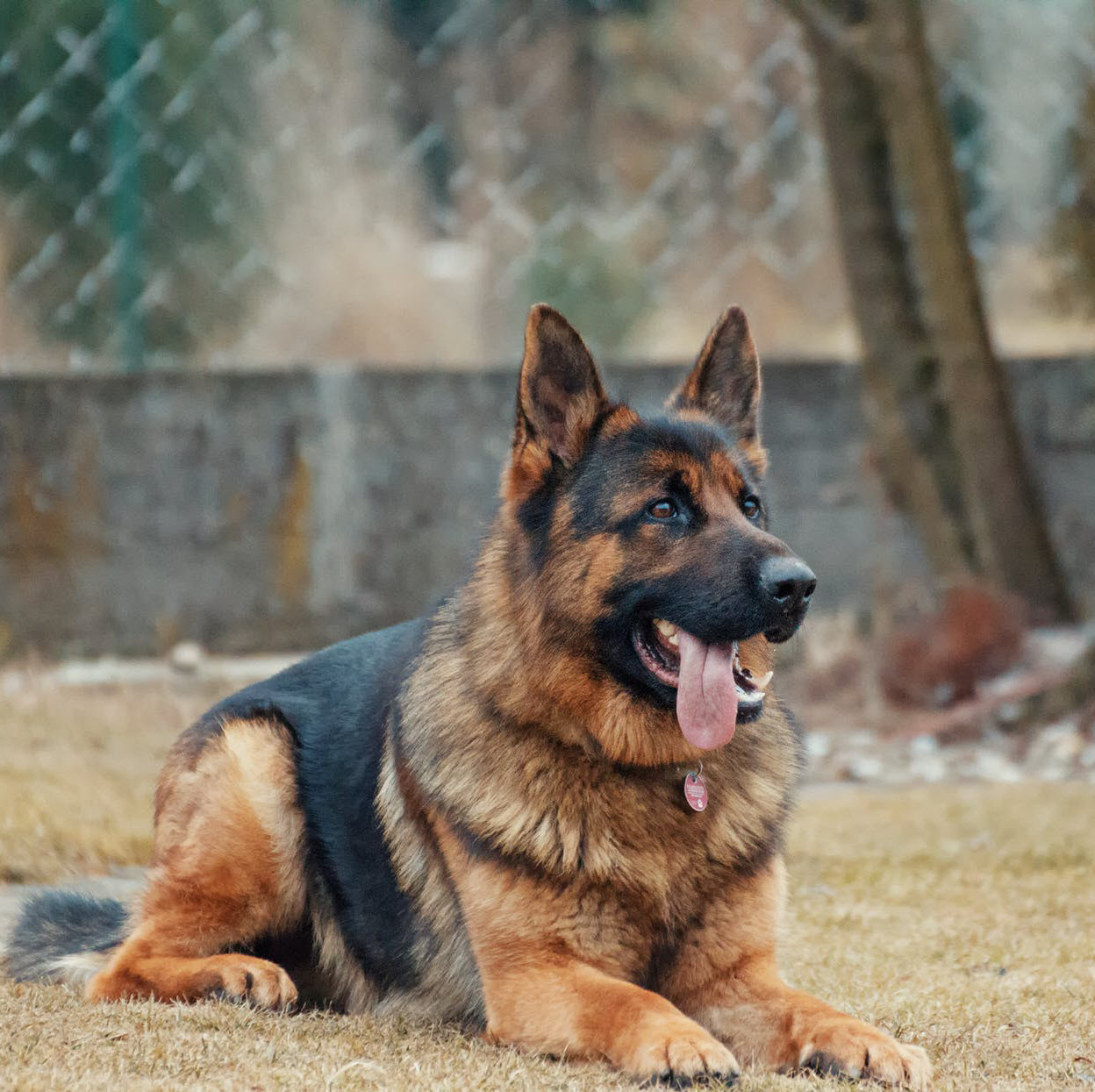 Tips On Reducing Stress and Anxiety In Dogs 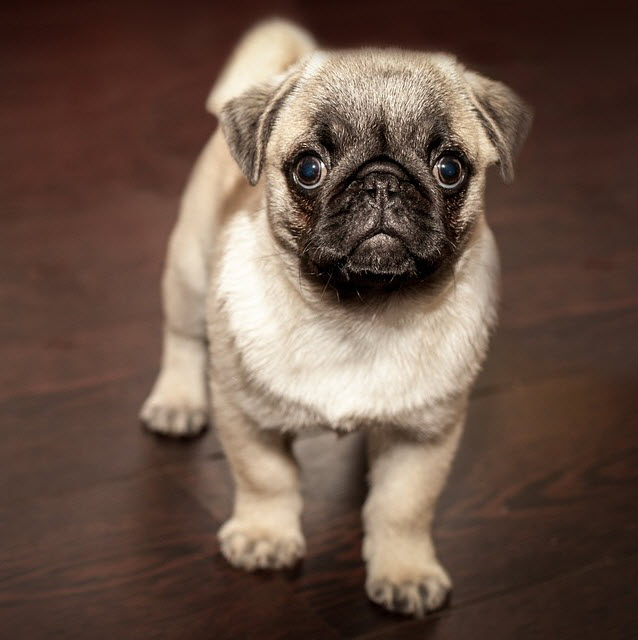 Dogs are intelligent animals and feel a range of emotions, not too dissimilar to humans. Research shows that various mental health disorders can be found in dogs, including stress, anxiety, and depression. Most often, this is caused by a dog’s needs not being met, but anxiety can be a symptom of another health condition. If left untreated a nervous dog can easily turn into an anxious dog and that can lead to depression, which is why it’s so important to step in early. Treatment can be as simple as owners spending more time with their dogs and taking them for walks, but in extreme cases, medication can be the best option.

Why Some Breeds Are More Likely To Become Stressed 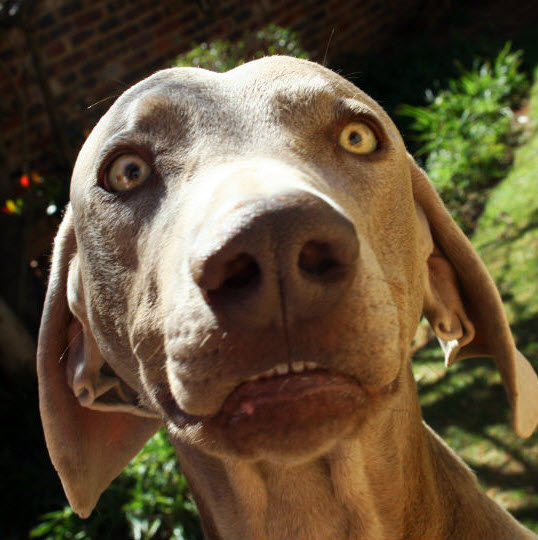 Dogs have been bred for certain qualities that humans desire, which will result in the dog having certain traits and needs that need to be met to keep them happy. Dogs with high intelligence have been likened to a human’s emotional intelligence, and similarly can develop mental health problems, particularly stress, anxiety, and depression. Hyperactive breeds that aren’t exercised and offered mental stimulation will easily quickly become bored and lonely, such as Jack Russell Terrier’s, who are known to cause a lot of destruction for such a small dog, but this is usually only seen when their needs aren’t being met. 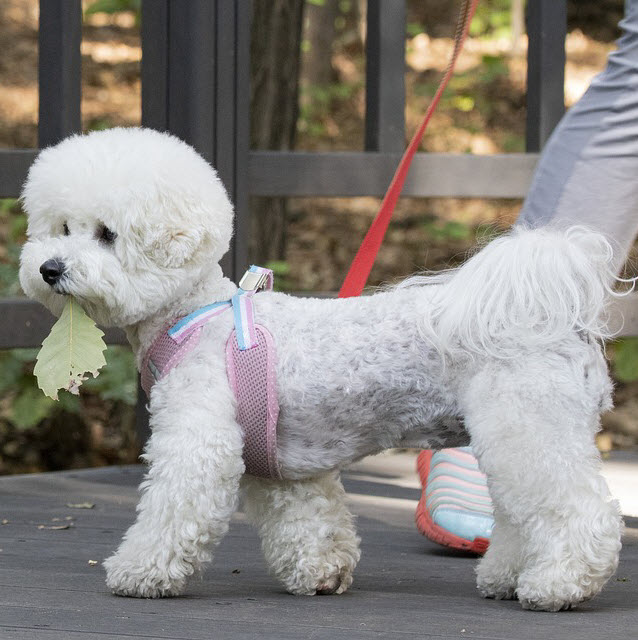 Some dogs have been bred specifically to be companions, such as the Bichon Frise and different types of Poodle. When they’re left alone for too long they can easily develop separation anxiety due to loneliness and boredom but will thrive when they’re in the regular company of people and even other dogs. Labrador Retrievers are another companion dog that is currently the most popular family dog. In general, they have a relaxed disposition and are extremely social. Due to how they’ve been bred the breed has started to decline in health and temperament, which has made them even more susceptible to loneliness. Finally, Cavalier King Charles Spaniels are another companion dog, but they also have a tendency to be more anxious even when their social needs are met. They can develop problematic barking and other bad habits.

Hunting Dogs Need To Be Exercised 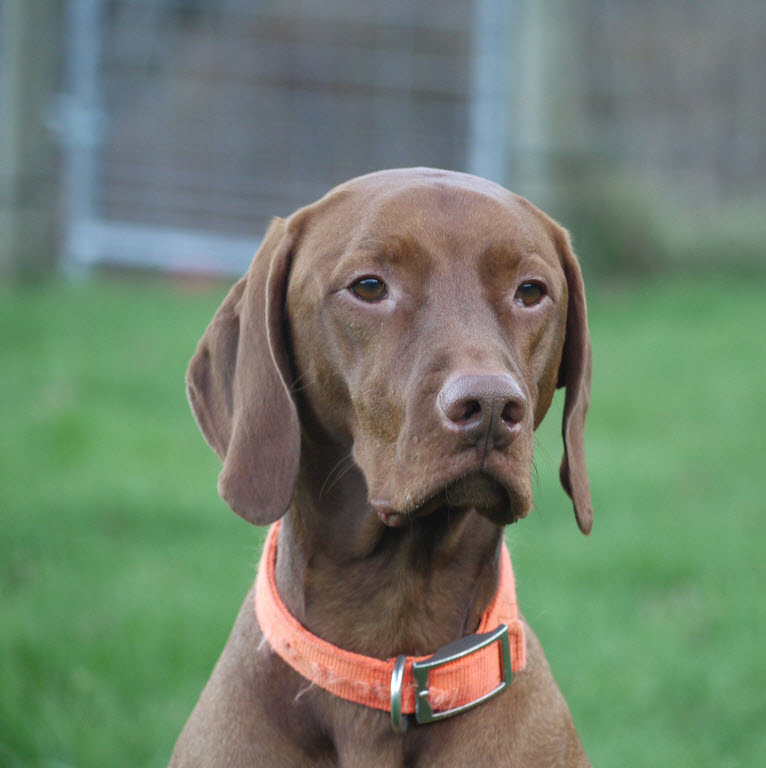 Breeds that have been bred to hunt with humans need to be kept very active or they’ll find other ways to focus their energy, which can include becoming destructive out of frustration and boredom. If they’re left on their own for too long their frustration can quickly turn into anxiety and stress. Vizslas and German Short-haired Pointers are both good examples of dogs bred for hunting that are known to become anxious when their needs aren’t met. Not only do they need plenty of exercise, but they also need to have plenty of social interaction with humans. Dogs that have been bred for herding, particularly the Australian Shepherd, need plenty of exercise and an active lifestyle to prevent them from becoming anxious out of boredom. 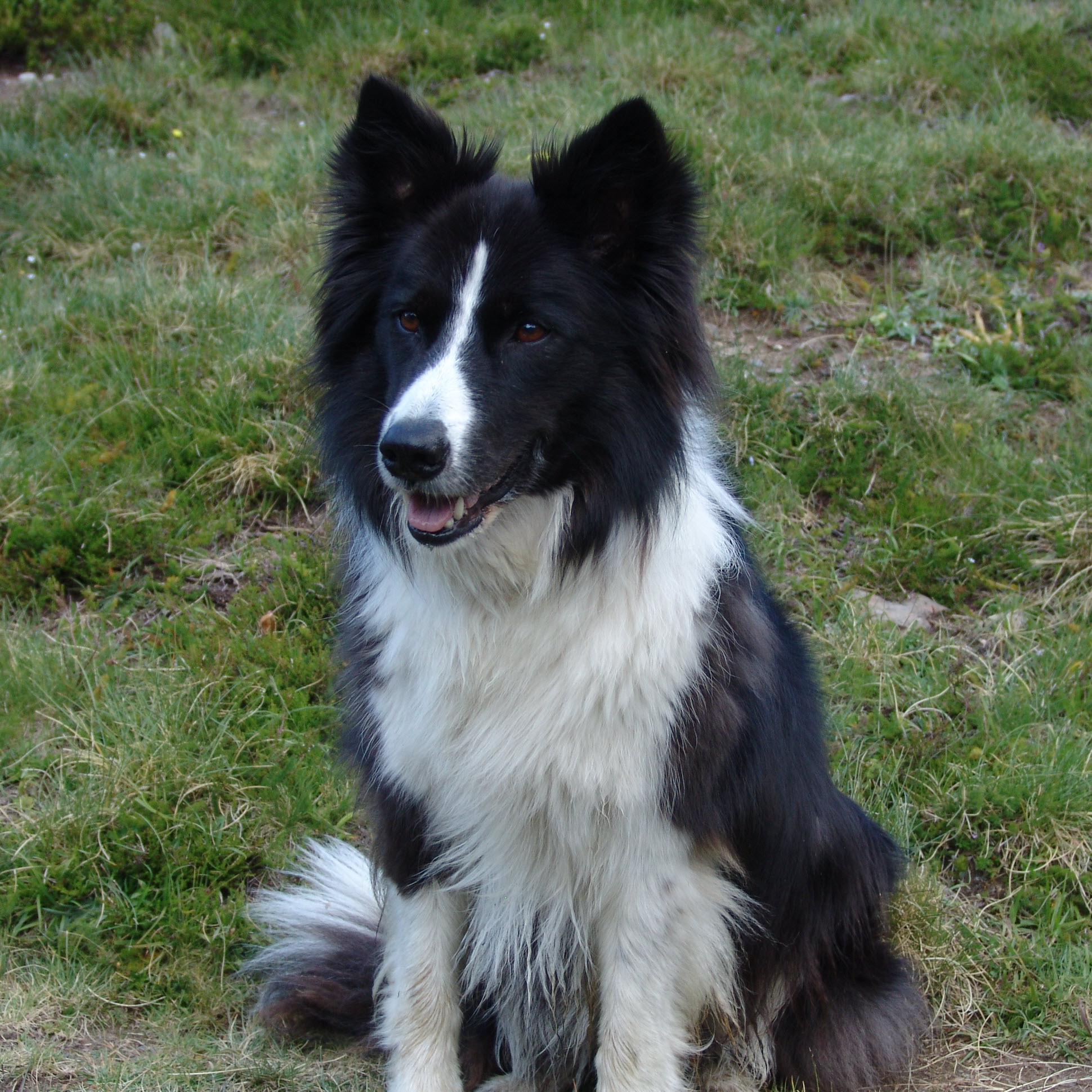 The Border Collie ranks top of the list for intelligent dogs, which means that they very quickly become bored when they don’t have enough mental stimulation. Additionally, they’re also a dog that has a lot of energy, so need plenty of exercise too. This is a bad combination if their needs aren’t met, making them very prone to boredom, separation anxiety, and destructive behavior. However, if their needs are met they make great pets that are easily trained. German Shepherds also need mental and physical stimulation, otherwise they can become distressed when left alone too often or for too long. Similarly to Retrievers, they’ve become prone to health and temperament problems in recent years, which makes anxiety even more likely to occur.

Breeds That Are More Independent 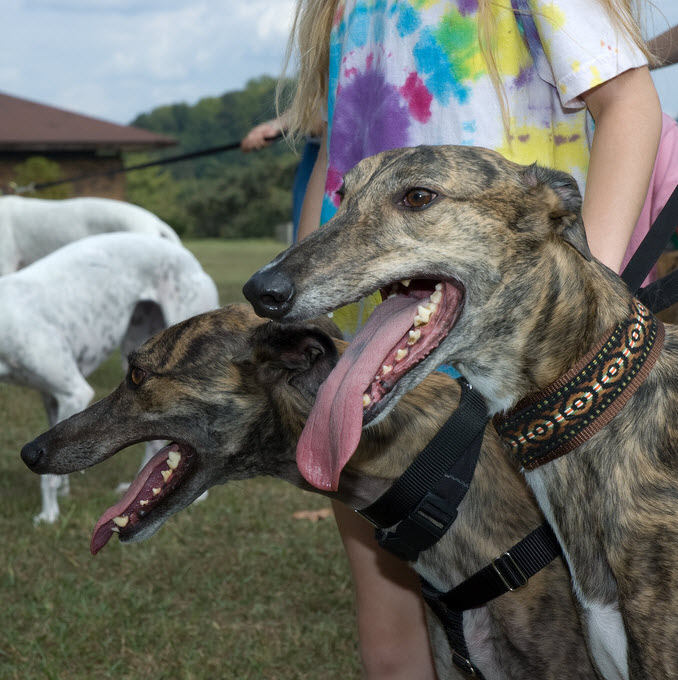 Just as certain traits and qualities in some breeds can result in mental health problems, some breeds are less likely to develop problems due to their nature. There’s no guarantee that any breed won’t become stressed or anxious as there are so many factors that can trigger it, but Greyhounds, Basset hounds, French bulldogs and Maltese all have a low chance of developing conditions like separation anxiety and mental distress. This is because they are generally independent dogs that don’t rely on the company of humans or other animals and don’t need a lot of mental or physical stimulation. For people who want a pet dog but know that they’ll be working long hours, these breeds are a good option.

Anxiety As A Symptom 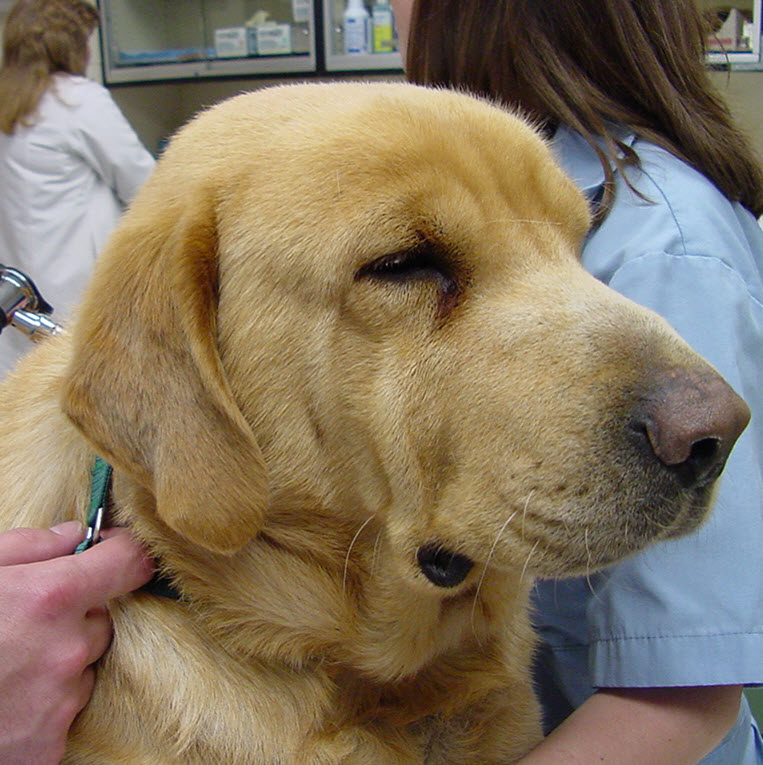 Anxiety can be a symptom of another condition that a dog is dealing with, so it’s important to rule this out first before trying to treat a dog for anxiety as a separate condition. Dogs can experience anxiety as a symptom of hypothyroidism, encephalitis, thyrotoxicosis, hearing loss and pre-diabetes. As a dog ages, they can become anxious if changes in their bodies are linked to the nervous system. Other medical conditions include lead poisoning that can result in behavioral changes. Anxiety can be a symptom of fear, which is often seen in dogs during thunderstorms and fireworks, along with other exterior loud and unfamiliar noises. In these cases, owners can tell what is wrong with their dog as it’s more obvious than an undiagnosed medical condition. Dogs can also become anxious as a result of problems early in their life, such as being mistreated, abandoned or separated from their mother before being at least 8 weeks old. Later in life, something can trigger memories that present as anxiety, stress, depression or a similar feeling. 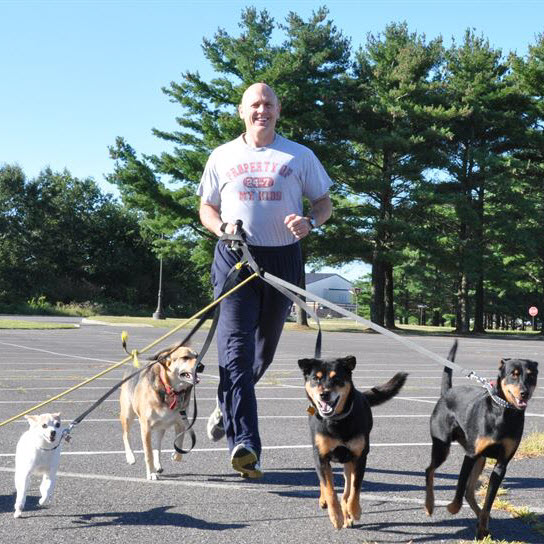 The best way to relieve nervousness, stress, anxiety and a lot of other mental health problems in dogs is to meet their needs. All dogs need physical exercise, but dogs that are bred to be more active need this even more. Regular trips to the park, having a garden to run around in, playing with toys, swimming and any other form of exercise should be a priority. Being more active will help in general, but exercise is also known to help relieve symptoms of stress and anxiety, as well as boost mood. Another benefit is that they will be healthier and live a longer life. 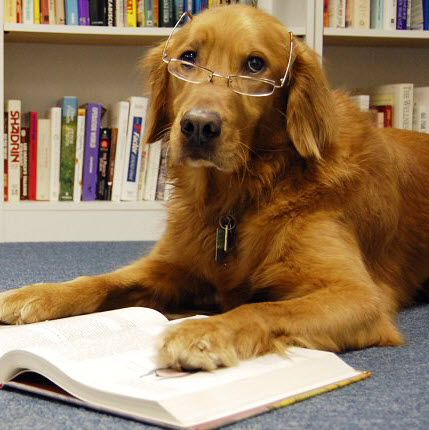 Dogs will always need to be left on their own at some point and it’s important to give them things to occupy them to help reduce the chance of boredom, frustration, stress, and anxiety. Having a good supply of toys and treats works well for most dogs and can keep them entertained for hours. Leaving the TV or radio on for dogs can also offer mental stimulation as well as a level of companionship, and there’s even DOGTV designed for keeping dogs happy when they’re home alone. Combining both mental and physical stimulation is the best way to reduce distress in dogs. 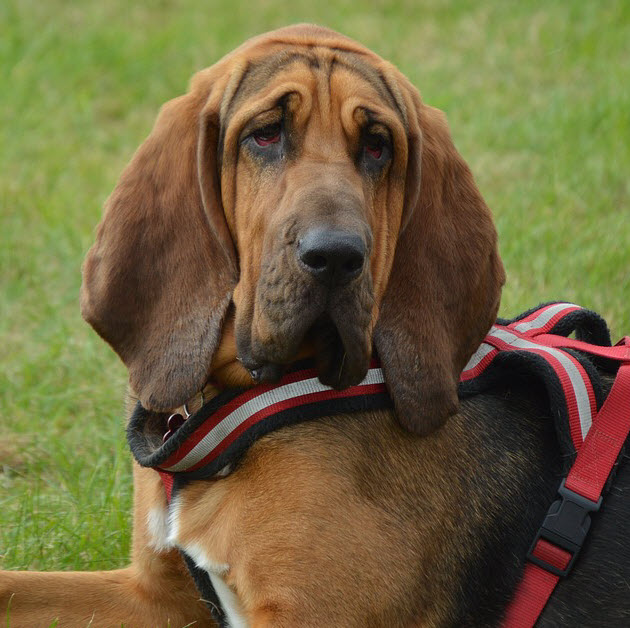 Most cases of stress will be caused by separation anxiety. Separation anxiety can be relieved if an owner leaves something with their scent on it for their dog when they go out. Blankets, towels, and clothes are ideal to leave for dogs as they can cuddle up with them on their bed, but anything with a scent will help. It can be beneficial to create a safe space for dogs when they’re left alone, such as in a room or a crate. Crates can help dogs to feel comfortable and content in their own space and being confined can be reassuring for nervous dogs. Adding something to their crate with their owner’s scent on can further help with anxiety. 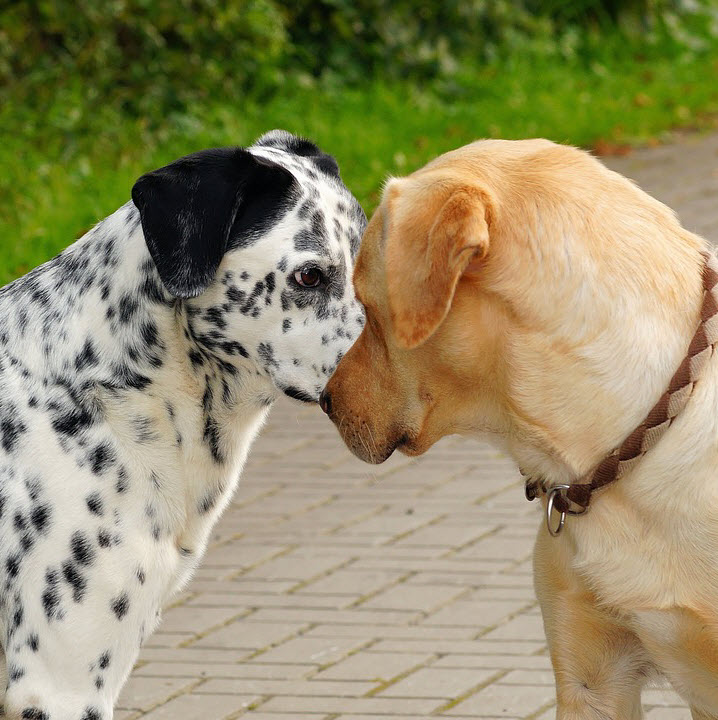 Most dogs will be reassured and feel better simply by being with people. Owners should spend as much time as possible with their dogs, particularly quality time that is all about them. Some dogs will need a lot more one-to-one time, so it may be worth hiring someone to keep a nervous dog company throughout the day whilst owners aren’t able to be at home. A dog sitter can let dogs out to relieve themselves, provide company and take them out for a walk to distract them and offer mental and physical stimulation. 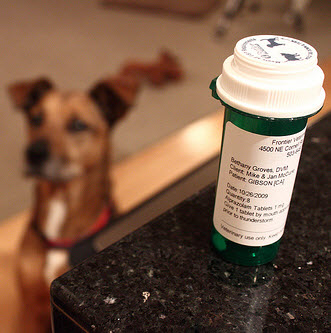 Medication can be prescribed by a vet for dogs that are extremely stressed, anxious or depressed, but it should only be used in extreme cases. This is because they can cause disorientation that can lead to injury, health problems, death and can worsen the anxiety from stressing the dog out as they feel like they lack control or become confused. Aromatherapy can help dogs as various essential oils have calming effects and pre-made mixtures can be bought.

Stress is common for dogs, but it doesn’t have to be a part of life. Teaching dogs how to be on their own for short periods without panicking and meeting their physical and mental needs can make a big difference, even in breeds with a predisposition for anxiety and stress.