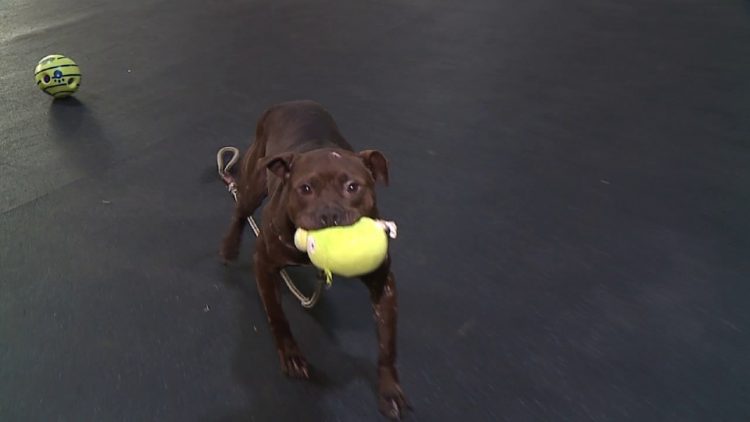 VIENNA, Ohio (WKBN) – Humane agents are still following up on leads as to who abandoned a dog found inside a dumpster in Warren.

Phoenix was found on Jan. 8, and investigators say there is no way she could have ended up in the dumpster on her own. So, they want the person responsible to be held accountable.


Dog found alive in Warren dumpster on road to recovery

Her scars may be a permanent reminder of how she came into the Animal Welfare League’s care, but Phoenix the playful pup continues to recover.

“Her wounds on her head and her neck that were open wounds when they came in are healing very nicely and of course she has a lot of scarring over her body that will be there forever but overall she’s healing up,” said Lori Shandor, with the Animal Welfare League.

Shandor says they now believe she was used to breed.

Phoenix is also heartworm positive, and after re-checking her X-rays, veterinarians found she suffered a broken breast bone.

“The most common ways that that gets broken in a dog is either being hit by a car or being kicked. Since Phoenix isn’t showing any other injuries similar to being hit by a car, we’re assuming that she was kicked,” Shandor said.

On the day she was found, Warren Environmental Services employees were about to empty her dumpster behind the Beal Street Apartments.

Humane agents are still trying to get to the bottom of who put Phoenix in that dumpster.

“It is considered abandonment. It’s also cruelty neglect, so if we can find the owner or who placed the dog in the dumpster, they would be charged with abandonment and cruelty,” said Diane King, with the Animal Welfare League Humane Department.

Anyone who recognizes Phoenix or knows who she belongs to is asked to give the Animal Welfare League a call at 330-539-5300.