‘I needed a friend during the presidency’ 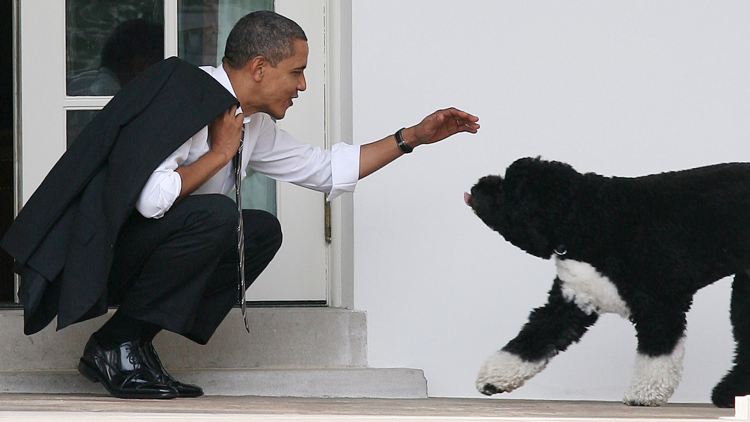 Former president Barack Obama opened up about the recent loss of his dog, Bo, during an appearance on The Late Late Show With James Corden Monday. On May 8, the Obama’s shared the news of Bo’s death across their social media accounts. During the late night interview, he admitted that he was taken aback by the entirely positive response from the public.

“On our social media accounts, as you might imagine, sometimes the comment sections are less than friendly,” Obama told James Corden. “You might get some trolling, occasionally, like, ‘Obama you’re a bum. And you are the worst president ever,’ and so forth and so on. These were the only posts where everybody posted something nice.”

Earlier in the interview, Obama discussed how much Bo helped his family bond. He also noticed how Bo’s death helped him bond with social media users who are not fans of his.

“I can’t tell you how many people said, ‘You know, I think you were the worst president ever but here’s [a picture of] my dog and I really feel sorry for you because I know how close I was with my dog.’” Obama recalled. “It did make me sometimes think gosh, if we could be as kind and thoughtful towards each other as we are about our pets, we would be doing a little bit better.”

Obama also talked about why he got Bo in the first place. His daughters, Sasha and Malia, had begged him for a dog, but he also admitted he had his own selfish reasons.

“There’s a well-known thing in Washington, if you want a friend, get a dog,” Obama said. “Well, you know, I got one because I needed a friend during the presidency who would be nice to me no matter what.”

The Late Late Show With James Corden airs weeknights at 12:37 a.m. on CBS.

See Scarlett Johansson’s furious reaction to being slimed in the middle of an acceptance speech: