I want a big dog. Which breed should I choose? 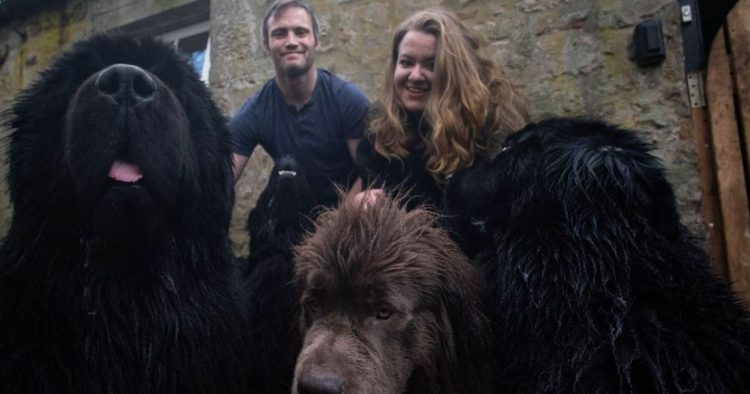 If you watched Channel 4’s Big Dog Britain documentary on Thursday, July 1, it might have left you wanting a supersized pooch of your own. But which breed should you go for?

The fun programme, watched by dog lovers, featured homes with some of the very biggest dog breeds – Great Danes, Irish Wolfhounds, St Bernards, Newfoundlands, English Mastiffs and Pyrenean Sheepdogs – and their very devoted owners, who would all tell you that their favourite breed is the best.

So, having decided that you’d prefer a big dog to a small dog, despite the challenges that come with owning one, how do you choose between them?

According to Big Dog Britain, Newfoundlands were bred in Canada to rescue people from the water as they’re really powerful swimmers, and the hallmark of this breed is their temperament. “They have very sweet, gentle temperaments,” says one owner. “They’re a very affectionate breed. Once they’ve rescued you, they’d subject you to lots of slobbery kisses.”

That may or may not put you off, and maybe you live near a river which they would love to swim in, but bear in mind there will be a lot of scrubbing to do once you get them home afterwards. The couple in the show even had to remove slobber from the ceiling.

There was a Pyrenean Sheepdog called Boris in Big Dog Britain, and his owner admitted she was spending £150 a week on feeding him at one stage. But she was feeding him fillet steak – and giving her partner mince and potatoes – so your bill might not be so high.

Viewers also met a Brazilian couple who live in London with two Great Danes, and we’re told this breed originates from Germany and stands nearly 50 inches tall. They were bred to hunt wild boar. They’re asked what it’s like to have a Great Dane sit on your lap. “A bit of pain,” apparently. But they’re very gentle dogs.

One family in Big Dog Britain had TEN Irish Wolfhounds – one of the tallest of the big breeds, which was originally bred to hunt wolves. Be careful you don’t make enemies in the pub if you get one of your own – the family admit their dogs have a tendency to pinch other customers’ burgers from their plates.

The St Bernard is described as “perhaps the most iconic rescue dog in the world” as they’re famous for dragging people out of avalanches with a jar of brandy around their neck.

And the English Mastiff is one of the heaviest dogs in the world. When the puppies are born, they’re very vulnerable. “One slight blow from the mother and you can lose a puppy,” we learn. But they will grow until they reach the same weight as an adult human. And they’ll set you back £2,000.

Although this gives you an introduction to some breeds you might not be very familiar with, it’s highly recommended that you do some thorough research into your desired breed to ensure that you, your home and lifestyle, and dog are all compatible.

Big Dog Britain is available to view on All 4: https://www.channel4.com/programmes/big-dog-britain