Jake O’Kane: Losing a dog is just behind losing a child, especially if the dog’s your wife’s 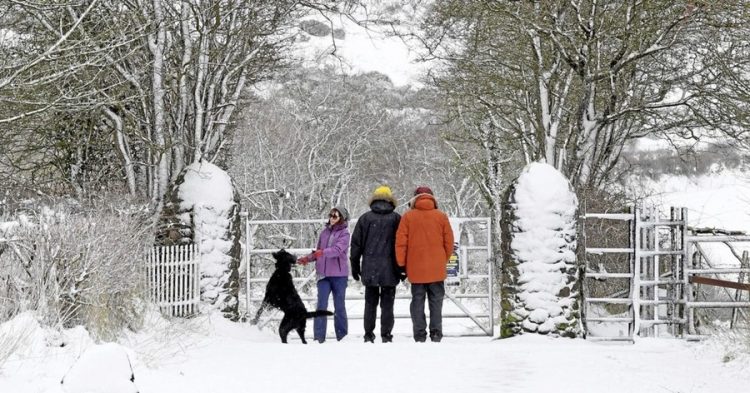 ON MY first hike up Cavehill following the start of the Covid restrictions which came into place after Christmas, I was surprised at the numbers out. It seemed as if most of Belfast, if not further afield, were up.

I wasn’t the only one surprised – my wee dog, baffled by the crowds, got lost. I know what you’re thinking: “No Jake, the dog didn’t get lost, you lost the dog.” Realising she’d gone, I started back up the hill, frantically asking passing walkers if they’d seen her.

Losing a dog is just behind losing a child, especially if that dog belongs to your wife. The pecking order in my home has always been wife, child, child, dog, me, so if I didn’t find the dog, I knew I may as well buy a tent and stay on the hill.

Knackered and resigned the dog was gone, I decided to phone my wife and break the bad news. As I fumbled in my pocket for my mobile, it rang. My wife informed me a nice couple had found the dog wandering further down the hill and were holding her for me; thank God for dog tags.

Suffice to say the dog is now fitted with an illuminated collar, dog tag and bluetooth locator. The positive of all this is when I drop dead climbing the hill – it’s only a matter of time – at least they’ll be able to find my body… so long as her dog hasn’t eaten me.

My next ascent of the hill coincided with the first snow of the winter. What snow had fallen had been compacted by walkers, making the going treacherous. There was a time, many years ago, when slipping on ice would have resulted in me letting out a shriek of laughter. Sadly, I’ve now reached an age where it’s more likely to be a shriek of terror as I know if I fall I’ll break where once I’d have bounced. It was then I met Belfast’s version of Romeo and Juliet.

He was in his mid-20s and sauntered down past me, utterly oblivious to the difficulties of his girlfriend following downhill about 20 feet behind. Like too many I meet, the girl was completely ill-equipped for the conditions, wearing a light jacket, jeans and flat trainers.

I could see her eyes widen in terror as she hit a sheet of ice and her trainers lost all traction. Frantically attempting to stay upright, she looked liked a cross between a wobbly newborn giraffe and a fledgling duck attempting to fly as her arms flapped wildly.

She let out a high-pitched squeak I’ve only ever heard before from bats as gravity took over. Admirably, in an example of balance available only to the young, she miraculously remained upright as she slowly slid down the hill and into my arms. The girl was mortified. Sensing her embarrassment, I steadied her and guldered downhill to her boyfriend, “Hey boy, you should be walking beside this wee girl, so she doesn’t fall.”

Turning to see his beloved intertwined in my embrace, unconcerned and without breaking his pace, he replied, “Wise up, if she falls she’s not takin’ me down with her.”

The girl rolled her eyes and as I gently released her to slide further downhill, I said, “I don’t think he’s a keeper, love.”

I DON’T agree with academic selection; in fact, I think it’s a disgrace. Bad enough our children’s education has been disrupted by Covid but that we then inflict post-primary transfer tests on them is nothing short of a cruel psychological stress experiment to determine the limits of a 10/11-year-old’s sanity.

So, you’d presume I’d be happy at the news that the GL test was cancelled this week. The problem is, I have an 11-year-old daughter who was taking the damn test in order to get into one of her preferred schools.

Bright, studious and with a strong work ethic – traits inherited from her mother – I wasn’t too concerned, hopeful that she’d do well. However, the cancellation of the GL means it’s highly unlikely she’ll get into one of the schools she was considering, which is literally on her doorstep.

All her hard work hopefully hasn’t gone to waste. She is also due to the sit the AQE, rescheduled to February 27, to secure a place at her other preferred school. That I’m left thinking that transfer tests might be the lesser of two evils shows my level of confliction.

40+ Funny Easter Jokes and Puns Everyone Will Love