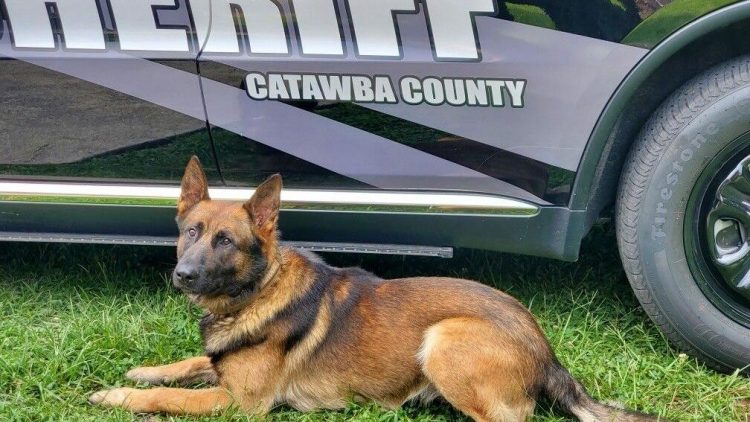 Groot and Stark will finish their training with Deputies Derek Trivett and Brian Weaver next month. The crime-fighting duo will then begin work with the patrol unit, Chief Deputy Brian Kelly said.

The dogs are training at Orchard Knoll Kennels in Raleigh.

All six of the Sheriff’s Office K9s are named after Marvel characters. Groot and Stark join Thor, Loki, Odin and Storm.

The K9 handlers name the dogs. “The first two were named after Marvel characters and I guess they just decided to continue on with the tradition,” Kelly said.

All six dogs are certified to find drugs and track suspects, as well as take part in traditional patrol work.

“We are using money seized from drug dealers to purchase dogs we will use to find more drugs,” Kelly said.