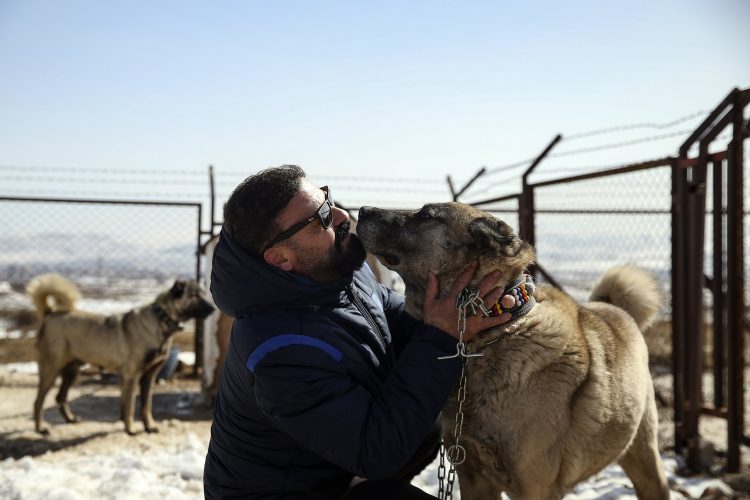 SIVAS, Turkey (AP) — For 30 years, Huseyin Yildiz has bred powerful shepherd dogs in Turkey’s central Anatolian province of Sivas, home of the livestock-guarding Kangal canines that are a source of pride for the country.

Yet the breed of animal that Turkey considers as the national dog struggles for international recognition. The Kennel Club of the United Kingdom lists Turkish Kangal dogs as a distinct breed identified by its dark muzzle and ears. Elsewhere in the Western world, Kangals still are listed with similar breeds from the region as Anatolian shepherd dogs.

Their origin in Sivas’ Kangal district reportedly dates back thousands of years, though concrete evidence is scarce. Yildiz, 50, describes the flock-tenders as “Anatolian lions.”

“The Kangal dog is Anatolia’s ancient legacy,” he told The Associated Press. “It is quick, swift, agile, nimble, strong and smart. At the same time, it has a wolf-like appearance that sets it apart from other dog breeds.”

While the large-skulled, short-haired creatures are predominantly used to protect herds of livestock, Yildiz says they’re also used for personal protection — Kangals are known to have one of the strongest bites of any dog.

At his farm 450 kilometers (280 miles) east of Turkey’s capital, Ankara, Yildiz says he keeps the male dogs separated at all times because they will fight each other to the death.

He currently has 67 purebred Kangal shepherds dogs at the farm, but Yildiz says he has bred over 500 dogs in three decades and sold most of them. He has also donated dogs to Turkey’s police and military forces.