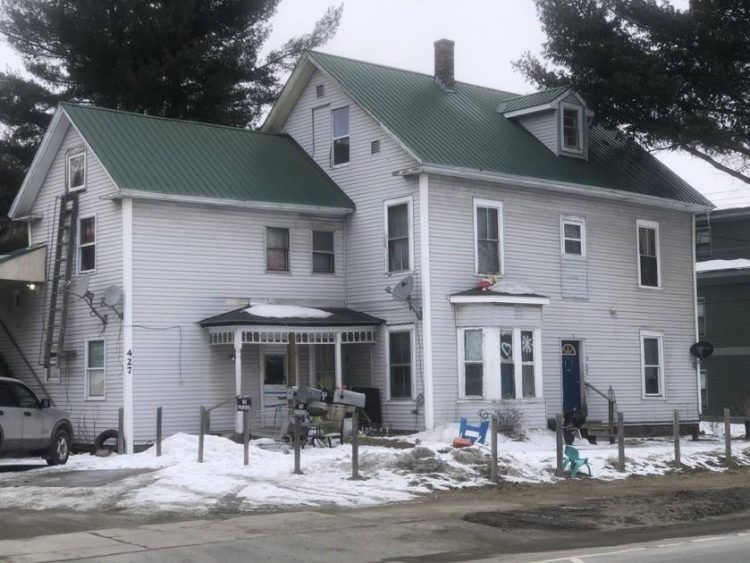 The Lyndonville apartment where a young child was bitten by a dog and severely injured last month is being described by health and safety inspectors as a “severe hazard” with multiple fire and rental code violations, no hot water, exposed electrical wiring, several wild animals and a “heavy haze of cigarette smoke.”

The inspection followed an incident last month when a pit bull bit a two-year-old boy in Apt. #3 of the building. The child was then taken to Dartmouth-Hitchcock Medical Center where he underwent surgery. The dog was later euthanized with the consent of its owner.

Police said the boy was one of six children ages 2-11 in the apartment along with four adults and two pit bulls until all four adults went to an upstairs room to smoke a cigarette together. The boy was then bitten on the neck and throat by the dog.

According to inspection reports obtained by the Caledonian-Record this week from the town of Lyndon, Apt. #3 is cited multiple times by the inspectors for a variety of violations.

“This unit is a severe hazard,” wrote Fire Marshal Angell in his report. “The possibility of a multiple loss of life in the event of a fire, especially a fire while kids and adults are sleeping, is assured.”

The apartment building is owned by Lyndon resident Rick Schwag. It has been the subject of multiple health and safety inspections in recent years. The reports cite violations throughout the building to include large amounts of garbage and debris around the property and in its hallways, a decaying front porch with “rotten and broken boards,” evidence of mold and non working smoke/CO detectors and a lack of fire exits.

In addition, tenants in Apt. # 1 of the building told inspectors they’ve had “no heat for ‘months’” and that they were using the kitchen stove and a portable electric heater to stay warm.

“It was found, once again, that this building remains in significant violation of the rental housing health code, fire, and electrical safety codes,” wrote Health Officer Smith in her report.

When inspectors got to Apt. 3 they were told that four children and three adults were living in the apartment but that the number increased at times to as many as nine children and four adults.

Inspectors were also told that Apt. 3 tenants had no hot water.

“Heavy smell of cigarette smoke and butts noted in the apartment,” wrote Health Officer Smith in her report.

“The area behind the shower has a wire with an open splice,” wrote Fire Marshal Angell. “This is an electrical shock hazard…”

“Most all occupants sleep on this 3rd floor including a high number of children and 1 infant,” wrote Angell in his report. “Center bedroom occupants are especially vulnerable because that window is not operable….On both the second and third floor there are several animal cages, tanks and a portable pond to house turtles, lizards, birds, rats and other animals. All of these have heat lamps, pumps and lights. There are several gang outlets, zip cords and extension cords in constant operation in this unit. Several outlets carry multiple uses. The use of extension cords as a permanent means of power is not permitted.”

Officials say an illegal “snapping turtle” found in the residence was seized and removed by Warden Jackman.