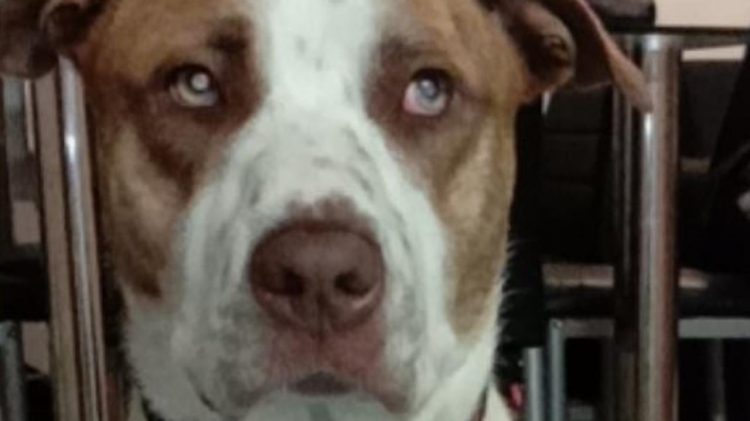 A cruel dog thief has threatened to stab two Melbourne teenagers as they tried to stop their beloved family pet being stolen.

A cruel dog thief has threatened to stab two teenage boys who tried to stop a pair of crooks from stealing their beloved family pet.

A man and woman stole the family dog named Bruiser from the backyard of a Malvern East home on December 30.

Police said two teenage boys tried to stop the couple from stealing the family’s bull arab dog after they broke into the Camira Street property about 9.30am.

A police spokeswoman said the boys tried to get Bruiser back as the couple fled, but the man threatened to stab them.

Earlier, the man and the woman stole a female dog from the same house, but the teenage boys managed to get the pet back before the pair left.

Stonnington crime investigation unit detectives have released an image of Bruiser in the hope someone recognises him and knows where he is.

The man has been described as caucasian, of a solid build, about 174cm tall and was wearing a black face mask.

The woman was described as having a slim build and was wearing a chequered red hooded top, black gloves, pants and a mask.

Anyone with information has been urged to contact Crime Stoppers on 1800 333 000.