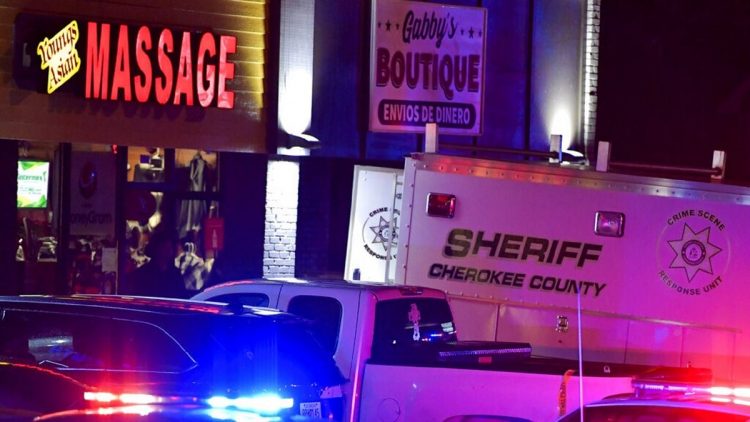 Here are the headlines you Need2Know for Wednesday, March 17, 2021:

Eight people, including six Asian women, were killed in a series of shootings at three Atlanta-area day spas on Tuesday. Police arrested a 21-year-old white male after a statewide manhunt and believe he was responsible for all the attacks. A motive is not yet known, but the shootings come amid a spike in hate crimes against Asian-Americans. Just this week, several churches in Seattle were targeted with anti-Asian graffiti, as was a Texas ramen restaurant after its owner spoke out against the state’s decision to lift its mask mandate. The NYPD is stepping up counter-terrorism patrols of Asian communities as a precaution. The House was already scheduled to hold a hearing on the issue tomorrow. CHEDDAR

The EU’s top medical regulator is urging governments not to stop using the AstraZeneca vaccine, insisting there is “no indication” the jab causes blood clots. A review of that vaccine is expected to conclude tomorrow, though many scientists say the damage has already been done in terms of public confidence in the shot. Meanwhile, Moderna has started testing its vaccine in children, aged 6 months to 11 years. If the pediatric study is positive, pre-teens and teens could get approved for vaccination by the time school starts in the fall, with elementary-school kids to follow next year. AP

BIDEN: President Biden told ABC News that he supports reforming the legislative filibuster, the first time he has endorsed changes to the Senate rule that keeps simple majorities from passing most major legislation. The president told George Stephanopoulos he wants to go back to the “talking filibuster,” in which senators have to literally stay on the floor and talk if they want to hold up a bill. ABC NEWS
TRUMP: Former President Trump said on Fox News that he “would recommend” people get the COVID vaccine, calling it a “great vaccine” and “something that works” but also said he respected peoples’ decisions if they didn’t want to get it. Trump told Maria Bartiromo: “I would recommend it to a lot of people that don’t want to get it — and a lot of those people voted for me, frankly.” Republican men and Trump supporters are the most vaccine-hesitant group, according to recent polling. FOX NEWS

U.S. intelligence suggests that North Korea could be planning its first weapons test of the Biden administration to take place in the coming days. That test could be timed to coincide with a trip by Sec. of State Tony Blinken tomorrow to Alaska, where he will sit down with Chinese diplomats for the first time. On Monday, North Korean leader Kim Jong-Un’s sister warned the White House against “causing a stink at its first step.” CNN

Have you noticed how expensive lumber is? If you’re not actively building a house, maybe not, but there is a severe wood shortage that is now threatening to slam the brakes on the red-hot housing market. A monthly index that measures homebuilder confidence has fallen from its highs on concerns about the price of lumber, and the industry has been lobbying the White House to do something about it. The National Association of Homebuilders estimates that rising lumber prices have added an average of $24,000 to the price of a new single-family home over the last year. MARKETWATCH

Google’s latest smart home device will be able to monitor your sleep patterns. That is not too innovative in and of itself, except that Google has figured out how to do it without a camera or any kind of wearable device. The new Nest Hub comes with a function called Sleep Sensing that uses low-energy radar to monitor the breathing, movement and even the snores of a person sleeping next to it. The technology will learn your sleep patterns and provide personalized recommendations for how to get better shut-eye. Google says the data it collects will not be used for ads. MASHABLE

LeBron James is reportedly joining the Fenway Sports Group as a partner, giving the noted Yankee fan an ownership stake in the Boston Red Sox, as well as the Liverpool Football Club and the regional sports network NESN. James, along with his business partner Maverick Carter, will become FSG’s first Black partners. BOSTON GLOBE

The CBS daytime show The Talk was supposed to return today from hiatus, but will stay dark as the network conducts a review stemming from comments made by co-host Sharon Osbourne during a discussion about racism last week. Osbourne was defending her friend, Piers Morgan, over his vitriolic remarks about Meghan Markle. Now Osbourne is being accused of making racist comments to her other Talk co-hosts over the years, which she denies. THR

…the Chicago River, dyed in the customary green for St. Patrick’s Day. Crews did it covertly this year so crowds wouldn’t gather on the riverbanks: SEE IT
…Elliot Page, on the cover of the new issue of Time. Page opens up to the magazine about his decision to publicly come out as trans: READ IT
…Britain’s Prince Philip, leaving the hospital following a month-long stay in which he underwent successful heart surgery. Philip will celebrate his 100th birthday in June: SEE PICS

LEFTOVERS: THE FRENCHIES ARE COMING

When the American Kennel Club releases its annual list of most popular dog breeds today, it will show that French bulldogs have taken the No. 2 spot, vaulting above German Shepherds and Golden Retrievers for the first time. Labradors are still No. 1 with a bullet — as they have been for the last 30 years — but Frenchies are starting to nip at their heels. Dachshunds also made it into the top 10 for the first time. SEE RANKINGS
Listen to the N2K Podcast! Looking for more context and analysis on the big stories of the day? Check out our podcast! Hosts Jill and Carlo break down the headlines, every weekday morning Listen on Apple or Spotify, or watch on YouTube, and send us your feedback!