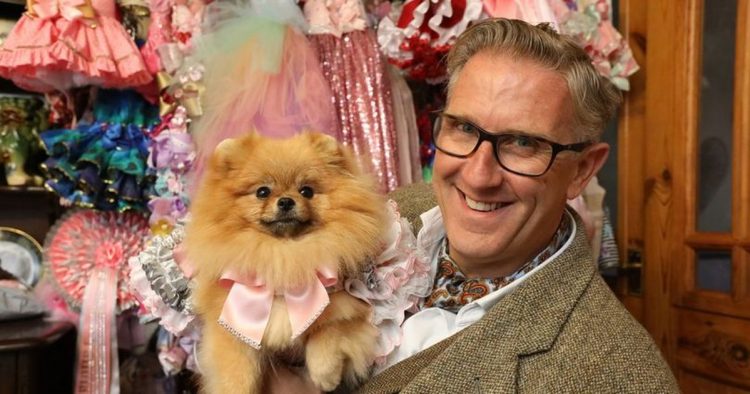 A woman in Doncaster has spoiled her pet dog so much that she has even bought it a car.

Tallulah the pomeranian has her very own flashy pink Range Rover, along with a wardrobe full of clothes and designer handbags.

The pampered pooch’s wardrobe is worth over £20,000 and her owner, Amy, said that Tallulah has a “more lavish” lifestyle than she does.

Amy said: “Tallulah is a diva and a princess and just so sassy. She needs the more flashier car as she has a more lavish lifestyle than I do.”

Despite being small and fluffy, Tallulah is fierce when out on walks – as she cannot stand children.

Amy has even said that it is “scary” when they go for a walk, as children naturally want to pet her.

She said: “When we’re out on a walk it’s scary when children are around. She looks all sweet and innocent, but you’re not, are you?”

Tallulah is so notorious that she has even found minor stardom in a new dog training series for Channel 5: Dogs Behaving Very Badly.

The show features expert dog trainer, Graeme Hall, as he works to discipline the naughty canines that appear on the show.

Graeme told The Mirror : “Tallulah is amazing. I come from Selby, which is about maybe 15 miles away from Doncaster.

“So I kind of know the area and the people, and Doncaster isn’t somewhere you would associate with a Pomeranian driving a pink Range Rover, let’s just say. So it was quite a shock really.”

And Graeme has already worked wonders on ‘diva’ Tallulah, as she is now able to sit down next to her five-year-old neighbour, Henry, without any aggression.

Graeme said: “I’ve been training dogs for around 13 years now. I think that dogs haven’t changed so much in that time – they’ve been around for thousands of years, so the hardware hasn’t changed. But what’s changed a lot is the attitude of owners.

“I do think there are lots and lots of really responsible owners out there but there are also a lot of irresponsible ones who let the dogs do what they want.

“So, we might be seeing more badly behaved dogs, but it’s probably not the dog’s fault.

“Most owners are responsible but they get themselves into a situation where they know they are going wrong but don’t know how to fix it. And that’s where I come in.”

Tallulah has not been the only challenge for Graeme, as he has also had to work alongside Monty, an overweight newfoundland.

Owned by Heidi and Adam, Monty was a whopping 30st and loved cake, but hated walks.

But it is not just the four-legged stars of Graeme’s TV show that are troubling their owners, as Dogs Trust has reported that one in four dog owners have seen a “worrying” change in their pet’s behaviour since lockdown.

Graeme said: “I think it’s not surprising that we’re seeing a change in behaviour. One of the things is that we’re around to see it, so we notice it more.

“But the other thing is that there will have been genuine changes as well, because everything has turned around. Dogs like routine and get used to it. And suddenly, with lockdown happening, everything has changed. This causes dogs to get all out of sorts and upset.”

Graeme’s advice is to do whatever you can to create “some kind of routine” for your four-legged friends.

“So do get up, have a shower, put your clothes on and go to work”, he said, “all of those routines that you can put in and that sense of normality will help your dog to understand that things have changed but it’s not all chaos.”

And he has warned owners that, if their pooch is displaying any signs of aggression, they should be seen by a professional.

Dogs Behaving (Very) Badly is on every Tuesday from January 5 at 8pm on Channel 5.

I’ll See You in the Funny Papers – Dr. Ed Iannuccilli

How Good Nutrition Can Help You Treat Your Dog's Health Conditions