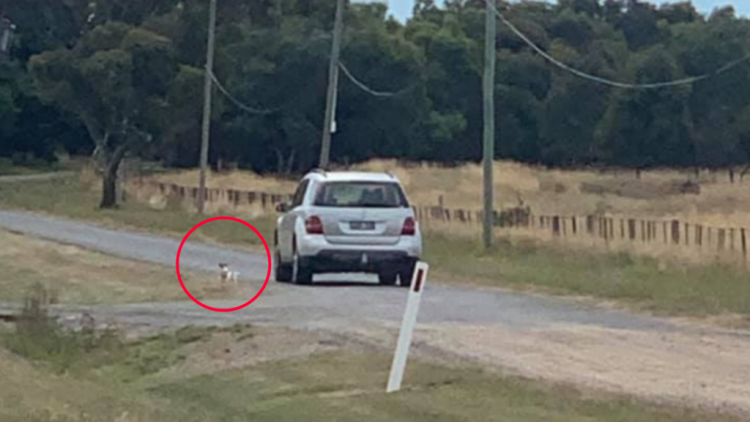 A little dog is believed to have been dumped in Melbourne’s north and a desperate search is underway after it was seen chasing after a car.

A woman was mowing her lawn in Mickleham at 11am on Sunday when she said saw a silver car pull up on a corner and “dump” the small dog, believed to be a fox terrier.

“The dog chased the car up to the next bend where I lost sight of it,” the woman wrote on Facebook.

She said she looked for the dog for more than an hour, but was unsuccessful.

There are now fears for the pet with temperatures reaching 39C in parts of Melbourne on Monday.

After a photo was posted of the dog, some Facebook users suggested the owner may have been letting it have a run before picking it up further down the street.

But due to the heat, many said that would of been “an unusual decision”.

One woman said there were about eight carloads of people out searching.