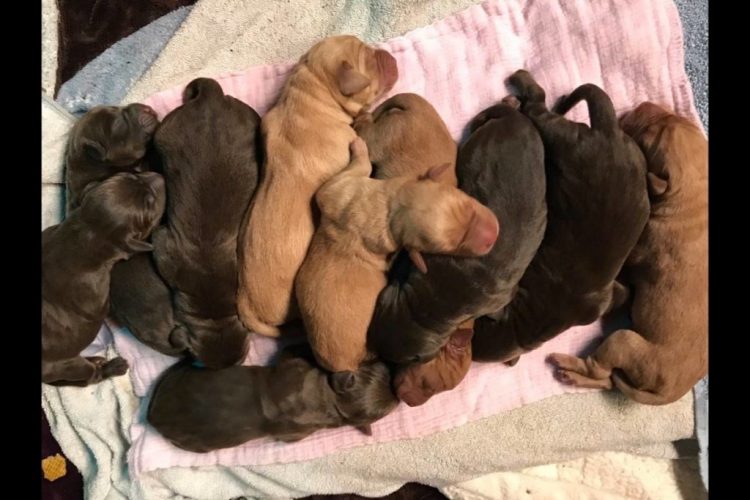 Labrador retrievers have been the top dog in Red Deer for several years, according to dogs licenced in the city.

“They’re easily trainable, low maintenance, need to be bathed maybe twice a year, not too large, not too small,” Wowchuk-Grantham said.

She said the mix of small and large-sized dogs in Red Deer’s favourite breeds is no surprise. Some people like pocket dogs, like chihuahuas, that do not require a lot of big accessories when travelling. Others like pitbull terriers, are chosen either as family pets or guard dogs.

Mixed breeds are ranked 39th among licenced dogs, with 51 dogs in the city.

She said while the kennel club works to educate people about purebreds, cross-breeds are allowed to compete in Canadian Kennel Club performance events, and Red Deer club’s obedience and agility classes are open to all dogs.

Red Deer is a community that really cares about dogs, she said.

Jim Deboon, owner and operator of Klassic Kennels, said the popularity of the border collie is noteworthy in the city’s licenced list because they are a high drive, high energy dog.

“To have that as the third most popular dog in a city, that’s challenging. It does take more work than a Labrador typically,” Deboon said.

He said German shepherds are the second most popular dog likely because people think they need a bigger dog for security purposes due to property crime in the city.

But he said when it comes to choosing a dog, a person’s lifestyle and leadership skills are important, as well as the dog’s energy and personality. Unfortunately, decisions are often based on emotion, instead of logic.

And when the match is wrong, that’s when there is trouble, he said.