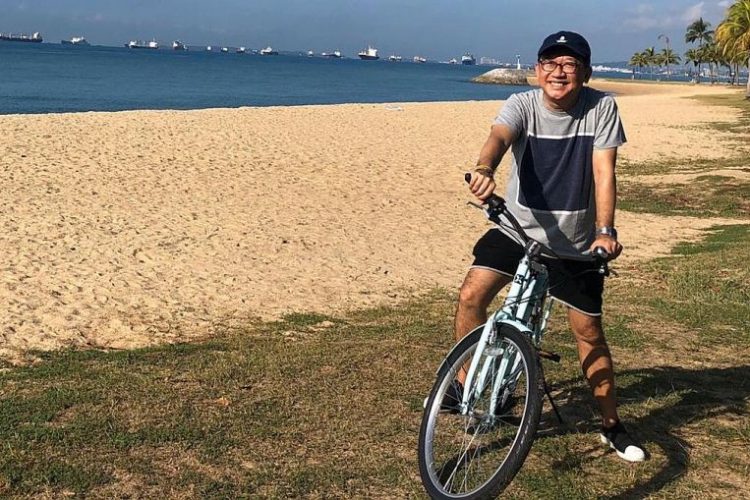 WHO Media consultant and creative director Michael Chiang (photo), 66, is behind The Bicentennial Experience at Fort Canning in 2019. It drew record-breaking crowds with its use of multimedia, theatre, technology and live action to recount Singapore’s 700-year history. The former magazine publisher is also one of Singapore’s best-known playwrights.

“I don’t really have a fixed weekend plan. Things shape themselves depending on chance and circumstance.

These days, work and play are intertwined as it is hard to segregate the two. But in a weird way, I am quite content that they are all tumbled in together, as it makes for a more interesting perspective on things.

On two weekends this month, I organised tickets for friends to catch a Bhutanese film, Lunana: A Yak In The Classroom (2019), at The Projector. It’s directed by my friend Pawo Choyning Dorji and I really wanted them to see the movie as I found it inspiring and meaningful.

My upcoming weekends are set aside for a couple of creative workshops to prep for a new project, but I am not sure if the current Covid-19 restrictions will affect plans. The project taps my experience in theatre as well as the multi-disciplinary aspects of The Bicentennial Experience, so I am pretty excited.

For over a year now, I have also been editorial consultant for wonderwall.sg, a lifestyle site that celebrates everything Singaporean, focusing on places, people and pursuits. I work with a young and dynamic team who keeps me on my toes.

I am also chuffed that Marshall Cavendish will be reissuing my first book, Army Daze, as part of a classic series on Singapore literature in July. I wrote the story when I was a Straits Times journalist in the mid-1980s, so it is cool to have it introduced to a new audience decades later.

Like most people, my weekends tend to revolve around food and friends. I enjoy eating out as much as I like dining at home, and I cook a lot more now than I used to.

I make everything from curries and dry laksa to chicken pies and otah pasta. During the circuit breaker last year, I not only cooked every day, but also took pains with – and pride in – dispatching meals to friends and family.

The downside of this new-found passion is I have become a bit obsessive with taking food pictures.

The pandemic has made me more mindful about staying in good health. I try to swim for 20 to 30 minutes in the morning, just to keep the old joints cranked up. And if flesh and spirit are willing, I cycle along the nearest park connector or to East Coast Park.

I’ve always travelled a lot, though my trips were always more about spending time with loved ones than sightseeing. So, the current inability to fly has had its setbacks. Two months ago, my eldest sister died in Perth, but none of us was able to attend her funeral. At least it was streamed live, which really helped.

As my family is mostly home-bound now, I sometimes wish I had a dog again. It’s been two years since our adopted husky Barley died, but I started missing him again during the circuit breaker and these past months.

I feel he would be such comforting company for these long stretches of time at home. That would really be my idea of a ‘perfect weekend’.”