My Pet Story: Animals have unique personalities, just like humans do 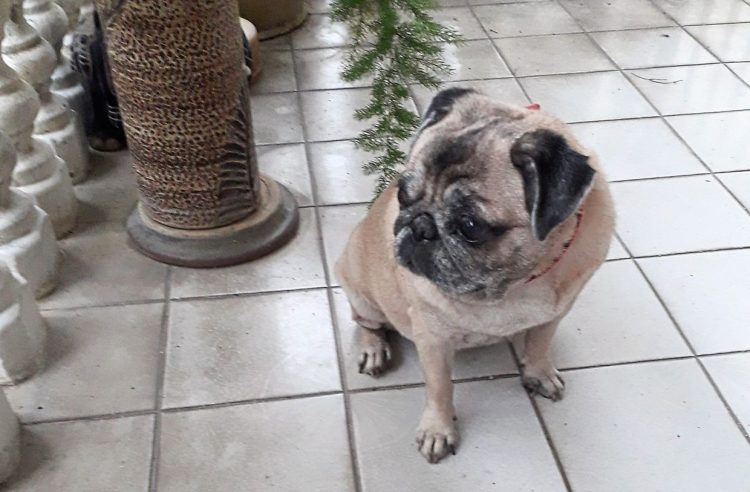 Do you have an interesting story about your pet that you would like to share? We’d love to hear from you. Tell us in 600-800 words (in Text or Word format), with three to four photos (1MB, captioned, in JPEG format). We reserve the right to edit all submissions. Email: [email protected] with the subject ‘My Pet Story’.

After years of having canine pet friends and observing their behaviour and characteristics, their personalities seem to strike you, and it is amazing that they too seem to have individual traits like we humans do.

My two pets dogs are Dusky and Brenda. Dusky is a dog of mixed breed, Alsatian and Labrador. As such, he is big-sized, almost like a wolf in appearance. He is rather handsome and stately, his pitch black fur now has taken on a beautiful dark brown auburn colour, with age.

Dusky, for all his size, is terrified of thunder and lightning, and has to be confined during these times. He lives in one area of the compound of our house, with a large area and kennel to himself. Dusky lives in one area of the compound of the writer’s house, with a large area and kennel to himself.

Brenda, our other pet dog, is a pug. She lives indoors with us, and fiercely protects her territory.

Dusky can only come near the doors, before Brenda is heard protesting with a volley of sharp fierce yells, telling him to keep off… Otherwise, she is rather fond of Dusky, on the whole.

Brenda, unlike Dusky, is not afraid of thunder or lighting; she just gets thoroughly irritated and protests with a loud volley of barks. She looks up at the sky, and barks… and barks… with anger.

Brenda dislikes any kind of noise, she even protests when the birds chirp loudly…

Every morning and evening, Brenda is taken outdoors into the garden for a walk and to answer nature’s call. She waits for these outings, and the moment I take the leash in my hands, and say “Walkie”, she comes running to me, her whole body moving with a joy that is unmistakable. Her gait changes to a sprightly, bouncing, pattering jig as she now takes the lead for the walk.

I usually take her to the back of our house in the mornings as I don’t want to prolong the walks. She will not rest until she takes me to the far end where Dusky can be seen resting in his kennel. She waits for him to come and greet her, and they exchange loving greetings. Then she returns with me to the house – her paws are washed before she goes inside the house.

Brenda follows me around the house and keeps her eyes on me. She is most comfortable when I am working in the kitchen.

She often goes into a deep sleep, snoring contentedly. Her eyes, however, seem to be slightly open, for even though she appears to be sound asleep, the moment I move to go somewhere, she is up and ready to follow me.

It is as if she sleeps but is on “awake” mode.

Dusky and Brenda have different feeding habits. Dusky eats whatever is fed to him. Brenda, however, is quite picky.

When the food is put before her, she often turns her back on it, and walks away, even though she is hungry. She has to be persuaded to eat. Sometimes she just walks away and hides under our dining table and has to be cajoled to come out.

When she does decide to do so, I have to sit on a stool next to her and watch while she feeds. Only then will she eat. And if I get up to attend to other chores, she too will also leave, and follow me, such that I have to wait until she finishes her meal.

Dusky seldom barks unnecessarily, he does not join in the barking when other dogs in the neighbourhood do, but Brenda is ready to make her presence felt. She joins in all the barking and fuss the dogs sometimes create in the area.

My late husband once commented that Brenda had a strong sense of community participation, and I thought so too!

He once said, whenever he returned home he would know where to look for me for Brenda would be outside the door of the room.

When I take Brenda for a walk in front of the house, she leads me to the gate where she can watch what is going on outside our house. From here, she gets to see what the other dogs around her are doing.

She waits for a glimpse of Zeus the Rottweiler, a neighbour’s dog. He is big and fierce. He seldom comes out of the gate and seldom barks, unless there is reason to do so. His mere presence can send a chill down the spine of any intruder.

Brenda, however, on seeing him, starts to show her fury – her hind legs go up in back throws, she resembles a fierce mare, kicking her hind legs. I don’t worry as she is behind the gate, and on a leash. I just wonder if she knew his size and hers, but obviously, she seems unaware of it.

The Rottweiler just observes her in complete silence. Shandy, the neighbour’s dog, likes to explore the area in front of her home, and seldom strays far.

Then there is Shandy, who lives directly opposite us. Shandy is a medium-sized mongrel. She is a beautiful sandy brown in colour, and likes to explore the area in front of her home, and seldom strays far. The good thing about her is that she goes back and waits quietly outside the gate of the house until she is let in again.

These are just some of the characteristics that I have observed of the few canine friends in my locality. There are many others, whom I am not acquainted with, who go for fleeting walks round the neighbourhood.