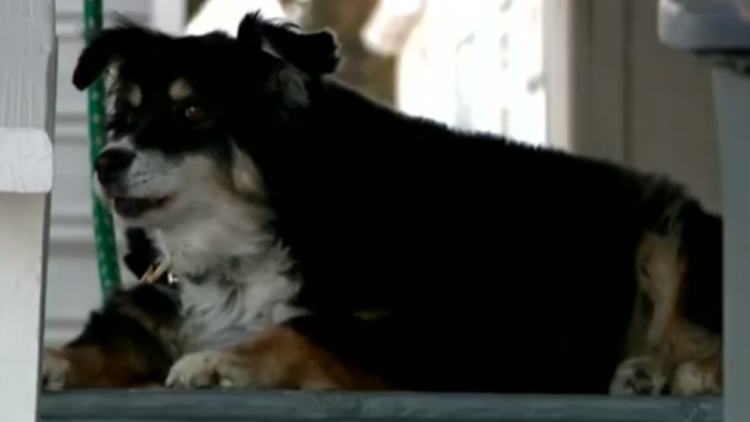 Eight-year-old border collie Lulu is officially rolling in it after her elderly owner passed away leaving her a multimillion dollar fortune.

Unmarried Nashville businessman Bill Dorris wanted to be certain the pampered pooch was well looked after, bequeathing his loyal pet $6.4 million in a trust to provide for all of her needs.

He passed away late last year and left her in the care of 88-year-old neighbour Martha Burton who said she had no idea how she’d be able to spend such a large sum but joked that she’d give it a try.

Prior to his death, Mr Dorris used to leave Lulu with Ms Burton whenever he went away on business trips.

“Oh, yes he loved the dog, he always left the dog for me to take care of,” she told US TV news channel WTVF.

“I don’t really know what to think about (the windfall) it to tell you the truth,” she told

But she vowed to make sure Lulu was happy and loved.

STRESSED OR ANXIOUS? TRY A DATE WITH A DONKEY

While Lulu is certainly rich, her wealth is just a drop in the ocean for other mega-wealthy trust fund pets.

While Blackie the cat secured a $12.5 million fortune when his owner Ben Rea, an antiques dealer, died in 1988.

Meanwhile, “self-made” millionaire pets including internet sensation Grumpy Cat, who died in 2019, had an estimated fortune of at least $99 million and Taylor Swift’s puss Olivia Benson who has an estimated worth of $97 million.