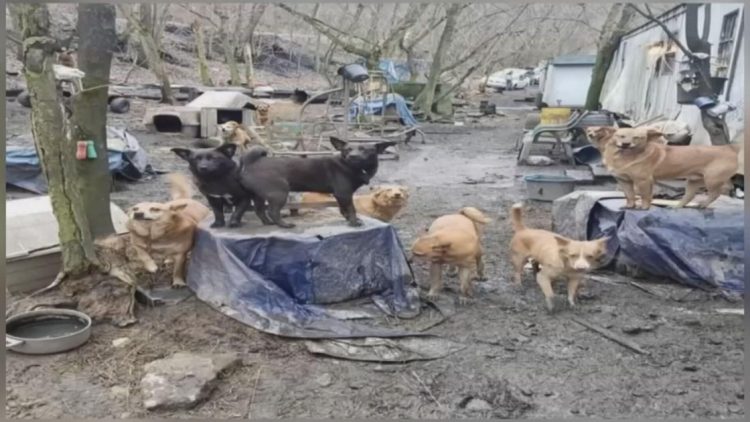 When animals in West Virginia needed help, a local shelter answered the call.

“We go above and beyond for the animals,” said Jody Maddock from Adopt a Pet Fenton.

Above and beyond and quite the distance. Adopt a Pet Fenton received a call from a rural shelter in West Virginia in need of help and they didn’t hesitate.

“We dropped everything, and we went down to find a horrendous situation,” Maddock said.

A situation involving an elderly woman who tried to help these animals, but overtime became overwhelmed and the woman later died.

“There were over 75 dogs and there were some horses and chickens and cats and other animals as well,” Maddock said.

The shelter taking in 35 dogs and puppies and bringing them here to mid-Michigan.

So, what made them willing to drive hundreds of miles for these animals?

“It’s kind of what Adopt a Pet is known for,” Maddock said.

They go the extra mile… literally. Now the shelter is focusing on the dogs’ recovery.

“They’ve been laying in mud and feces and their own urine, on chains,” she said. “They’ve never known any kind of comforts that we take for granted.”

And dealing with several medical conditions

As of now the animals aren’t available for adoption due to recovery. But the shelter is accepting monetary donations. And says so far, they’ve received overwhelming support from the community.

“The support of our community just phenomenal,” Maddock said. “I’m getting teared up a little just thinking about the amount of help that we’ve received.

To help out Adopt a Pet, check out their Facebook.