Nevada proposal would prohibit insurers from discriminating based on dog breed 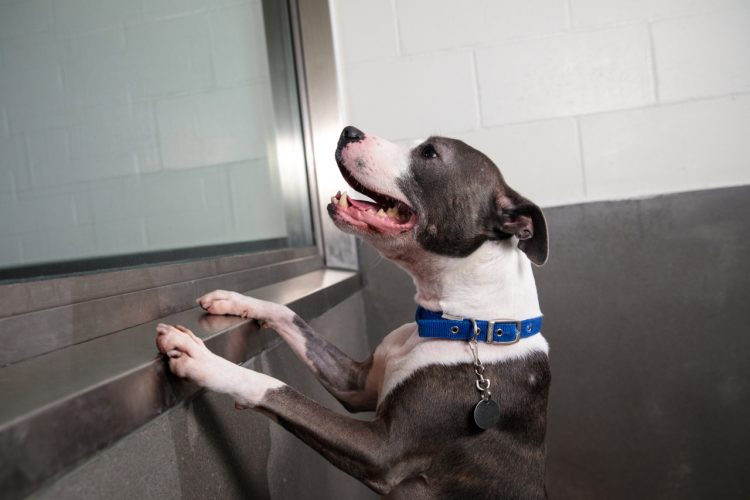 Bill covers insurers from increasing, canceling coverage based on breed

CARSON CITY, Nev. — A bill to prohibit property insurers from discriminating based on a dog’s breed advanced Monday at the Nevada Legislature. The Senate Commerce and Labor committee voted along party lines 4-3 for S.B. 103 to pass out of committee.

According to the Legislative Counsel, the bill “prohibits an insurer from refusing to issue, canceling, refusing to renew or increasing the premium or rate for a policy of property insurance on the sole basis of the specific breed or mixture of breeds of a dog that is harbored or owned on the property, unless the particular dog is known or declared to be dangerous or vicious pursuant to the public health laws of this state.”

A law already exists which prohibits communities from discriminating against specific breeds.

“The American Kennel Club believes that insurance companies should determine coverage of a dog-owning household based on the dog’s history of behavior, not the dog’s breed,” testimony submitted by the American Kennel Club said. “For years, families have been forced to give up their loving companions because of skyrocketing premiums or companies’ outright refusal to cover certain breeds. If a dog is a well-behaved member of the household and the community, there is no reason to deny or cancel coverage. In fact, insurance companies should consider a dog an asset, a natural alarm system whose bark may deter intruders and prevent potential theft.”

The American Property Casualty Insurance Association, which represents 60% of the market, disagreed.

“Each year, there are an alarming number of vicious injuries and fatal attacks against humans by certain breeds of dogs,” the association wrote in its testimony. “Certain breeds can bite with a force averaging 1,000 pounds per square inch, and some can even bite with twice that force — enough to severely injure a child or adult in seconds. The oftentimes unprovoked and fierce nature of such attacks further supports an insurer’s need to incorporate such information in its assessment of risk.”

The specific breeds noted in the association’s testimony were pit bulls, which are a family of dog, including the American Pit Bull Terrier and the Doberman Pinscher.

Other supporters of the bill have said it is heartbreaking to choose between a dog and a home based on insurance.

A further vote has yet to be scheduled.

Why is walking your dog is good for its joint health? – ktvo.com

Why is walking your dog is good for its joint health? - ktvo.com