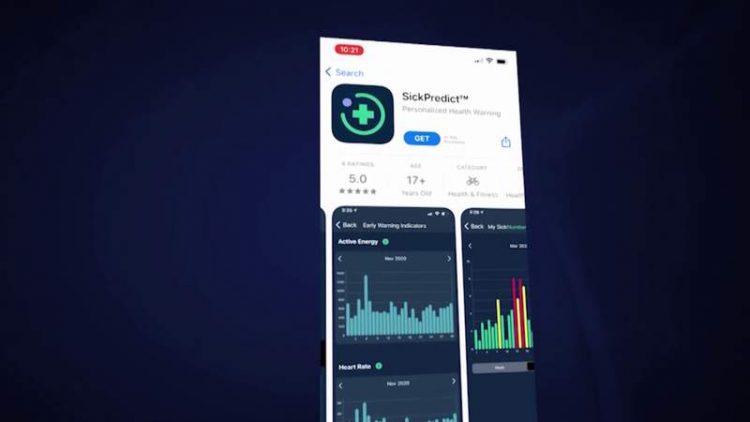 MIAMI, Fla. (Ivanhoe Newswire) – Our smart phones track so many things about us, like our whereabouts, heart rate, and even our oxygen levels. A new app says it can use that information to predict when we may be getting sick.

Movement means freedom to occupational therapist Mary Cunningham. She loves to walk her dog Kobi. But a life-threatening condition that causes her to develop blood clots often brings everything to a stop.

“So, I’ve been to the ICU three times, with quite the stay, like multiple days,” shared Cunningham.

A friend suggested Cunningham test out the app, SickPredict. SickPredict monitors health metrics from an iPhone, like heart rate and oxygen levels, to tell you when you may be getting sick. A “1” means you’re doing great. One night, Cunningham saw a “10”.

“Patients that can deteriorate really quickly, and their health can go so bad so quickly, having this application can definitely help us be on top of the problems earlier,” explained Alicia Rodriguez-Jorge, MD, a primary care physician.

Dr. Rodriguez-Jorge uses her wearable device to track her health and said while it doesn’t replace her, it can help get patients to her sooner. SickPredict founder and CEO Joshua Salman and his business partner developed the app with research from Stanford and Harvard.

“There are many illnesses where we are seeing success, the flu, COVID, norovirus, pulmonary or lung issues, some cardiac issues,” stated Salman.

And for patients like Cunningham, a “heads up” on her changing health can prevent hospitalization or even worse.

“I don’t have to always feel like I am a ticking time bomb,” said Cunningham.

App wearables like Fitbit and other smart watches are also being developed at major institutions like Harvard and Stanford. Researchers stress this data does not replace a doctor but can help get patients to a doctor sooner and even help them take better care of themselves.