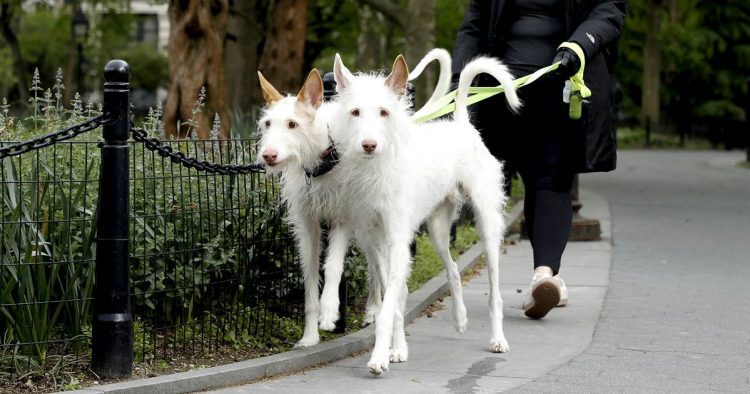 Whether it’s barking at everyone who passes or aggression toward strangers, many problem dog behaviors can be helped. New research suggests the trick to training problem pups may depend on the the owner’s personality, as well as the bond between human and dog.

“Almost nothing is known about how treatment success is influenced by the characteristics of the owner,” said Lauren Powell, a postdoctoral researcher at the University of Pennsylvania School of Veterinary Medicine.

To better understand what it takes to correct problem dog behavior, a team at PennVet recruited 131 dog-owner pairs to attend a veterinary behavioral program for six months.

In the dog assessment, owners were asked to rate their pets on topics such as:

The human personality assessment looked at broad categories, such as:

Factors that affected behavioral therapy success included the dog’s age, sex and size, the researchers found. At the end of the program, big dogs with aggression problems showed more improvement than smaller dogs. That may be because owners might be more attuned to the larger dogs’ behavior because they present more of a safety risk, Powell said.

But other results surprised the team.

“Extroverted owners were more likely to see improvements in dogs’ fearful behaviors and introverted owners less so,” said Powell, lead author of the study published recently in Frontiers in Veterinary Science. “Introverted owners may find it tough to leave their dog or give it space if it is required as part of the dog’s treatment.”

Helping people work through behavior problems with their canine pets is important. An estimated 3.3 million dogs end up in animal shelters in the U.S. each year and about 670,000 are euthanized, according to the ASPCA.

“When the dog is outside in the yard, he barks at everyone who goes by,” Houpt said. “He learns that people go away — because they are going away anyway — when he barks. And he becomes more and more confident of his ability to make things he doesn’t like go away by barking.”

Sometimes people aren’t even aware that on some level they actually like the dog’s bad behavior, Houpt said.

“I used to have videos of people when they described their dog’s behavior,” she said. “As the person talks about walking down the road and his dog lunging and growling at the guy on the other side of the street, he smiles.”

Linda Carroll is a regular health contributor to NBC News and Reuters Health. She is coauthor of “The Concussion Crisis: Anatomy of a Silent Epidemic” and “Out of the Clouds: The Unlikely Horseman and the Unwanted Colt Who Conquered the Sport of Kings.”

Mudhol Hounds, the Desi Dog Breed PM Modi Spoke of, Have Joined IAF. All You Need to Know

Mudhol Hounds, the Desi Dog Breed PM Modi Spoke of, Have Joined IAF. All You Need to Know