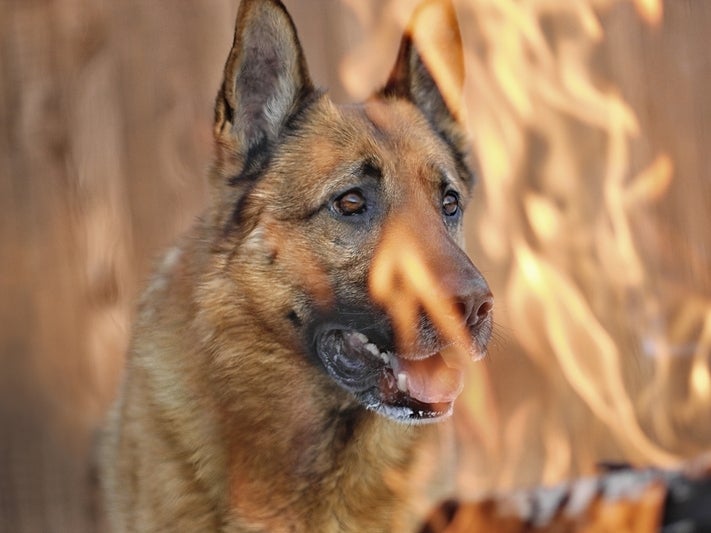 SALISBURY, NC — A North Carolina police department has ordered an internal investigation after a video was made public that appears to show an officer lift a police K-9 by its collar before bumping it into the side of a patrol vehicle.

Salisbury Police Department Chief Jerry Stokes said the dog, a 4-year-old German shepherd named Zuul, has been removed from the officer’s care as the agency conducts its investigation. Stokes said Zuul is currently being “well cared for” by another officer.

He declined to offer any further details on the investigation during a news conference Tuesday, saying it was “an ongoing personnel matter.”

“To ensure integrity of the investigation of this matter, an outside agency has been charged with leading the inquiry,” Stokes said. “This agency is interviewing and reviewing the matter with identified experts in handling K-9s, including former handlers with other police departments, an owner of a police K-9 training firm and internal K-9 supervisory staff.”

In the video, which was sent to several local news stations including WJZY and WSOC, an officer could be seen walking up to Zuul before attaching a leash and hoisting the animal off the ground with it.

As the officer carries the dog over his back, a voice off-camera could be heard saying “we’re good, no witnesses,” the officer then bumps the K-9 into the side of a police vehicle before shoving it into the backseat. He then strikes the dog with his hand and yells at it.

The officer’s name hasn’t been released, and it’s unknown where or when the video was recorded, according to a report from WJZY. It’s also unknown who else was there at the time of the incident.

Members of PETA protested the department on Friday, demanding the officer be tried for animal cruelty and the agency disband its K-9 unit, according to WSOC.

Stokes said Zuul was not harmed in the video and dispelled rumors that an electric stun device was used on the dog, saying “any allegation that this occurred is false.” He added that K-9s are trained to use force against suspects and that a handler must have complete control over a dog at all times when in the field.

Handlers often use corrective measures on a dog that is noncompliant to an order that could be seen as “alarming out of context,” according to Stokes.

“[Salisbury Police] cannot and will not comment about whether the training tactics used in the video were appropriate, because that is still being reviewed,” he said. “As part of this review we are ensuring our policy, procedures and training we provide our handlers is appropriate.”

To request removal of your name from an arrest report, submit these required items to [email protected].

The rules of replying: