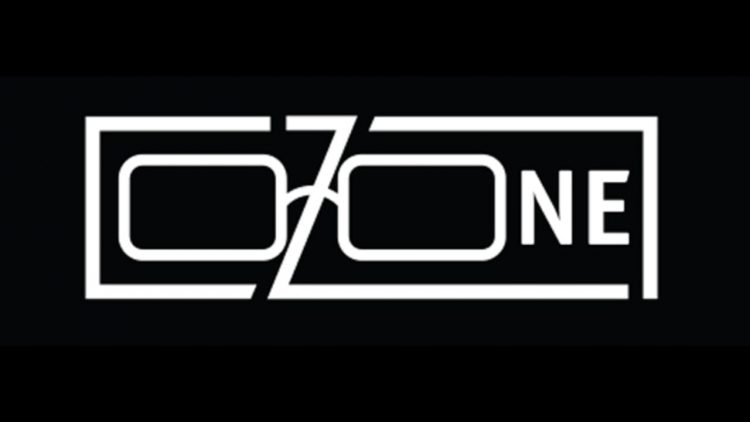 JACKSONVILLE – Let’s get to it …

Instead of beating this dead horse about “revitalizing downtown,” let’s get practical. Instead of trying to create an interest around the stadium, build the new replacement stadium where there is already interest. Say: south of Jacksonville between here and St. Augustine/World Golf Village. The mentality of “We must sink money into this foolish investment” is dangerous. Sometimes you just need to accept what is. The Landing was tried, it failed. COVID has changed things like this forever. It baffles me why this clinging to the idea that the Jaguars must create all these external money sources to be viable is so prevalent. How much are the Jaguars needing to make to stop this need? What do other teams in the lower tiers of this issue do? I haven’t heard of any other team having to find alternate revenue streams or their franchise is in danger. Help me understand why this is a Jacksonville thing? Our tickets were 19thin the league last year for cost so we are not even the cheapest ticket in the league anymore. Why does the team need more money to survive? Our stadium seats 67,000 and our attendance isn’t bad considering the performance. Why does this message of “we need external revenue viable” persist?

You mentioned many topics in your email; I’ll address a few. A reason for focusing on downtown is Jaguars Owner Shad Khan considers the team the “Jacksonville” Jaguars, and his vision is to have them playing in a revitalized downtown. As for the concept of “revitalizing downtown,” it’s key when discussing TIAA Bank Field and the Jaguars’ future because of the challenges of a small market; a thriving downtown and revenue streams surrounding projects such as Lot J – or now, the Shipyards – are ways to stabilize the Jaguars in Jacksonville. NFL teams must do more than “survive” in terms of local revenue; they must keep pace in what essentially is a constant arms race. While the Jaguars are far from the only team seeking alternate revenue streams, market size and economics do make the issue urgent here. What do other lower-revenue teams do? This is probably the key to your question and the key to this answer: They build new stadiums to generate revenue. And/or they come up with creative ways to create revenue. Or they renovate existing stadiums in such a way to move up in local revenue. Or – in the cases of the Chargers, Rams and Raiders in recent seasons – they relocate. That’s what Khan and the Jaguars wish to avoid. This is the highest-profile league in the nation. If you want to play in it – and compete – long-term, you must keep pace in the aforementioned arms race. Or you must at least stay on something close to the lead lap. And if you’re in a challengingly small market, you have to find creative ways to do it. As far as the horse, it’s far from deceased. It will continue to live until something is worked out between the team and the city to move forward. I guess the most baffling thing in this whole ongoing discussion is many people who love the Jaguars and want them in Jacksonville see Khan somehow as a villain in this. He wants to keep the Jaguars in Jacksonville. He’s the fans’ – and the town’s – biggest ally in keeping them here long-term. And there is no close second.

Maybe I’ve missed it or nothing has happened yet, but what’s the situation with Gruden possibly staying on? Any news on that? If not, what are your views on his season and possible future?

John, when can we expect the hiring of our coaching staff to be announced?

I am a big Gator fan and follow them rather closely. I’ve watched Kadarious Toney play many times and to me he looks at most a second-round draft pick. His main attribute is quickness, but he is not that much quicker than defenders in college to where I see him out-quicking NFL defenders. Also, he goes down much too easily (quickly) with first contact.

Bucky Brooks, who analyzes the draft for NFL Media – and for Jaguars media – told me this week he sees former Florida wide receiver Kadarious Toney as having some similar traits to the “the Kansas City Chiefs wide receivers” in terms of explosiveness and burst. He sees Toney as a late second-round selection – maybe late first.

Hey, John. With two former Jaguars quarterbacks (Bryon Leftwich and Mark Brunell) in NFL coaching ranks, are Jags simply unable to identify and reward the coaching skills of their former players? Leftwich already established himself as a solid coordinator. Don’t we feel we something we lack in this area? I know it’s head coach decision to hire his men, but I feel Khan should intervene a bit.

Do you think the Joe Cullen hire increases our chances of moving to a 3-4 defense? I can’t help but wonder what K’Lavon Chaisson and Myles Jack would look like as outside linebackers in a 3-4 system.

Joe Cullen reportedly will be the Jaguars’ defensive coordinator. He has thrived as a pass-rush coach in four-three schemes and he has spent the last five seasons with a Baltimore Ravens defense that emphasizes attacking with multiple looks from a 3-4 scheme. I would expect the Jaguars to focus on improving the defensive interior and the secondary this offseason, also focusing on having players that can pressure the quarterback regardless of position. Big key: improving the defensive interior. Considering the run defense in recent seasons, that is the focus whatever defense the Jaguars play moving forward.

Hi, John. At what level in the draft could it be argued that the depth and quality is such that the rookies are still rated as genuine prospects? With the 1st, 25th and 33rd picks, do the Jags to all intents and purposes have three first-round picks in the 2021 NFL Draft? Thanks.

I’m not sure what “genuine prospects” means. Teams generally need to get starting-level players in the first three rounds of the draft. This draft is perhaps not quite as deep as last year’s, but it’s not remotely considered a shallow draft. The Jaguars have five selections in the first three rounds of this draft, so they need to hit on those five selections. But yes … the Jaguars’ No. 1, No. 25 and No. 33 overall selections are pretty much first-round selections. As such, they’re critical.

The Jaguars should pursue the best defensive tackle(s) and safeties money can buy this March when the free-agency period begins. Getting strong up the middle is how this team makes the essential improvement it must make to win. There are allegedly several above-average offensive line prospects and offensive skill players in the ’21 draft. The Jags have enough veteran presence on offense to rely on this draft to improve. Sign high-performing veterans for the defense and draft power and speed for the offense. Thoughts O?

The draft and free agency usually aren’t “either-or” scenarios in the sense of completely building something in “either” the draft “or” free agency. But this is considered a comparatively weak defensive-tackle draft, and there do appear to be linemen and skill players available. So, your approach makes sense.

Supporter of All Things Funk from Funktown, USA

_Zone, are you concerned that with the additions of Head Coach Urban Meyer — and presumably Trevor Lawrence — you may now ultimately only be the third-best looking dude in the building?  _

I dare you to dare me to be daring all whilst being unable to post this daring act of daring dares. I bet you won’t.

Charles Darwin wrote, “A man who dares to waste one hour of time has not discovered the value of life.” It took me a about an hour to write this O-Zone.