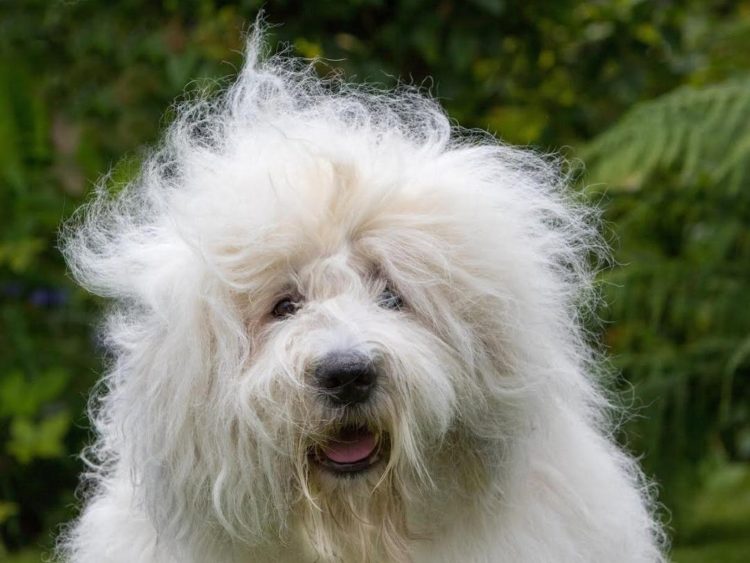 One of Britain’s most recognisable dog breeds, the Old English Sheepdog, has been classed as vulnerable by The Kennel Club.

Known to many as the ‘Dulux dog’, a role for which it celebrate its 60th anniversary earlier this year, the Old English Sheepdog saw just 227 puppy registrations in 2020.

Following the first appearance of the breed as the paint brand’s mascot, the subsequent two decades saw the numbers of Old English Sheepdogs steadily rise, peaking in 1979 when it was the ninth most popular breed in the UK, with nearly 6,000 registrations.

Sadly, puppy registrations have since plummeted by 96 per cent, with a 28 per cent drop in the last year, against the 2019 figure.

Since 2009, the breed has been on The Kennel Club’s ‘At Watch’ list, which monitors breeds with between 300-450 puppy registrations a year, but this is the first time it has entered the organisation’s Vulnerable Native Breeds list – devised for those British and Irish native breeds which have fallen below 300 annual puppy registrations and could be at risk of disappearing from our streets and parks.

There are 32 Vulnerable Native breeds in total, with seven more ‘At Watch’.

Fortunately, 15 of these breeds have increased in popularity over the past year, including the Irish Red and White Setter, which was named as Britain’s most vulnerable breed last year but has since surged in numbers by 113 per cent. Equally, both the Lakeland Terrier and Kerry Blue Terrier have increased by 54 and 49 per cent respectively.

However, much like the Old English Sheepdog, not all breeds have enjoyed the same resurgence, with some native breeds reaching record low numbers in 2020, including the Otterhound, Skye Terrier, Bloodhound and English Setter. Similarly, both the Norfolk Terrier and Cairn Terrier, firm family favourites in previous decades, have been added to the ‘At Watch’ list for the first time.

Bill Lambert, spokesperson for The Kennel Club said: “The Old English Sheepdog is such an historic and iconic breed, but they are rarely seen out and about over recent years, so the fact that they are now officially a vulnerable breed is very worrying.

“It’s likely the numbers have dwindled over the years due to a result of lifestyle changes, as they require a lot of grooming and exercise and aren’t suitable for smaller living spaces.

“However it is a breed that is faithful and trustworthy with an even disposition that can make lovable family pets for the right owners.”

The top ten fastest risers also include a number of large breeds including the Weimaraner and German Wirehaired Pointer, whilst the German Shorthaired Pointer entered the top 20 overall breeds.

These very similar gundog breeds all require a lot of space and exercise, perhaps reflecting the nation becoming reacquainted with the outdoors in 2020 as lockdown was enacted across the country and many people moved to the countryside.

Bill said: “The nation has gone through a huge collective lifestyle change in the past year, and of course many have either become first-time dog owners or are currently looking to buy one soon. With some people now deciding to move out of our cities towards more rural areas, there is hope for some of our larger and more vulnerable breeds yet.

“We have such a rich diversity of breeds in the United Kingdom, all with their own unique characteristics, so we really do urge the British public to find out more about the lesser-known breeds, especially those who are at risk of disappearing, in order to get a dog that is truly right for them.”