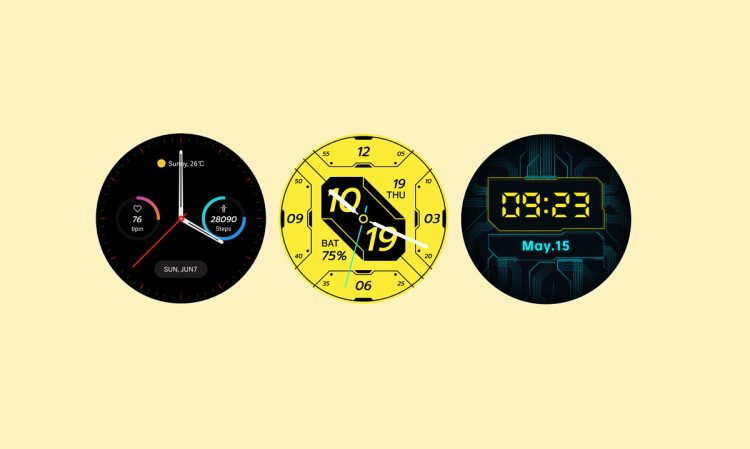 OnePlus began teasing the launch of a fitness band this week, which surprised many since we’ve mostly been hearing about a smartwatch from the company. While we haven’t heard much about the OnePlus Watch other than the fact that it will have a round design, we’ve heard a lot about the purported OnePlus Band, which the company teases is “coming soon”. Ahead of its launch, the OnePlus Health app has appeared on the Google Play Store, confirming not only the design of the upcoming fitness tracker but also providing us a first look at some of the OnePlus Watch’s watch faces.

The OnePlus Health app appears to be identical to OPPO’s HeyTap health app, as noted by AndroidPolice. I decoded the app and found a number of GIFs that are used to show the user how to use their new OnePlus Band. The GIFs show its UI.

While OnePlus hasn’t shared any further details about the OnePlus Band, Ishan Agarwal (@ishanagarwal24) has managed to procure specification and pricing details ahead of the launch. In a recent tweet, he claimed it will be unveiled in India on January 11th, will feature 24/7 heart rate monitoring, SpO2 monitoring, sleep tracking support, and 13 exercise modes. Ishan also said that the OnePlus Band will offer up to 14 days of battery life on a single charge and will retail for around ₹2,499 (~$34). Previous leaks said that it may cost around $40.

Given that the new OnePlus Health app has just been uploaded, it suggests that the company may be gearing up for an imminent launch. OnePlus is going to have a lot of competition in this market as both Realme and Xiaomi offer compelling alternatives globally, such as Xiaomi’s popular Mi Band 5.

All of these watch faces were taken from the OnePlus Health APK.

All of these watch faces were taken from the OnePlus Health APK.