Our Dog Was Stolen And Here’s How We Found Her 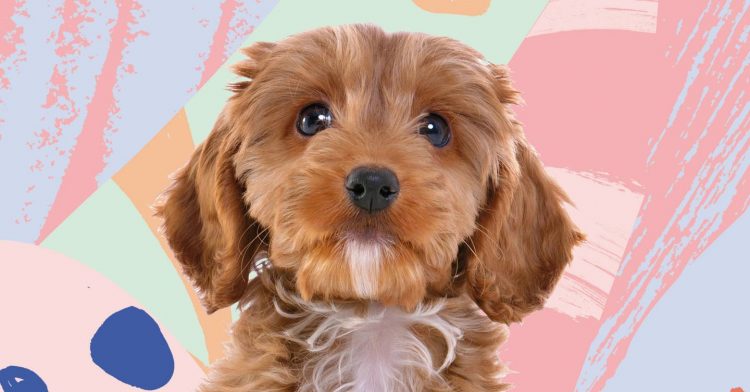 Melina Georgiou was taking a break from her work as a social media coordinator when her phone bleeped with a text message. It was from her father, telling her to look on Facebook because something had happened to the family’s 18 month old maltipoo dog, Nala.

‘I thought he meant that there would be a video to watch of her doing something silly but when I looked, my aunt – who is officially Nala’s owner – had posted an urgent appeal because she’d been stolen,’ says Melina, 27, from North London. ‘I screamed and felt like I couldn’t breathe. Nala is my best friend and is with me several days a week, I absolutely love her and couldn’t believe she was gone.’

Shockingly, Nala had become one of thousands of dogs stolen in the last year as dog theft crimes rise. In a recent survey commissioned by the police and crime commission for Sussex, more than 27,000 people said they knew someone whose dog had been stolen in the last twelve months. Meanwhile DogLost, a charity helping dog theft victims say it dealt with 465 cases last year – up from 172 in 2019.

40 animals are being ditched every day by people who regret getting a lockdown pet, so what happens when rescues get overwhelmed?

‘Nala was taken while she was in the back of our dog walkers van,’ says Melina. ‘The dog walker had literally stepped out of the van for a few seconds to hand one dog back to its owner when a thief jumped into the driving seat and stole the whole van, with Nala – and two other dogs – in the back. We were heartbroken.

‘The police and DogLost – who were fantastic – were called straight away. I put appeals out on Twitter, Instagram and Facebook too. Lady Gaga’s dogs were stolen two days after Nala so dog theft was big news and that actually worked in our favour. Our strategy was that if enough people knew what Nala looked like and knew she was stolen, she would be ‘too hot to handle’ and the thieves would give her up. The other two dogs were found within hours and we hoped that it would only be a couple of days before Nala turned up too.’

‘Although we had so much public support and so many people were trying to help us by searching websites and sending us possible sightings, we were also pranked by idiots and it was so cruel. They would call us up and say: ‘Your dog is dead, flat as a pancake’ or they’d make us go on wild goose chases for hours. We barely slept while she was missing, worried that she could be being harmed or used for breeding. She was microchipped but there’s a misconception that microchips have GPS in them. They don’t. They only work if someone finds the dog and is good enough to take them to a vet where they can be scanned and the true owner can be found. When she didn’t turn up at any vets, we suspected that someone might be hiding her, waiting for the fuss to die down on social media.’

The Pandemic Puppy: Thinking about getting a dog now the weather’s better? You need to read this first

A very long month passed and the family were beginning to give up hope. They had offered a reward of £3000 but no news was forthcoming. Until one day earlier this month when the family received a phone call.

‘It was getting to the point where every time I saw a dog I wanted to cry but then we heard from someone in the South East who called to say they had found Nala. I didn’t believe them at first but when we went to visit them, she was there. We couldn’t believe it. She looked a little different. Whoever had taken her had shaved her facial hair but it was definitely her. We couldn’t believe we had her back.’

Due to an ongoing police investigation, details of what happened to Nala during that month can not be reported. But the family are simply overjoyed that she is back home.

‘She is definitely a bit more clingy these days and we won’t let her out of our sight but the main thing is that she is alive, healthy and she wasn’t harmed,’ says Melina.

‘Dogs are being stolen all the time either for breeding or to sell on and it’s not just the thieves who are responsible. We paid £1400 for Nala over a year ago, which is expensive but anyone buying a dog for £5000 – which is what some thieves are asking for – is supporting that criminal element. It has to stop.’

Thinking of buying a puppy? I was ‘dogfished’ by a dubious breeder and I need you to read my heartbreaking experience