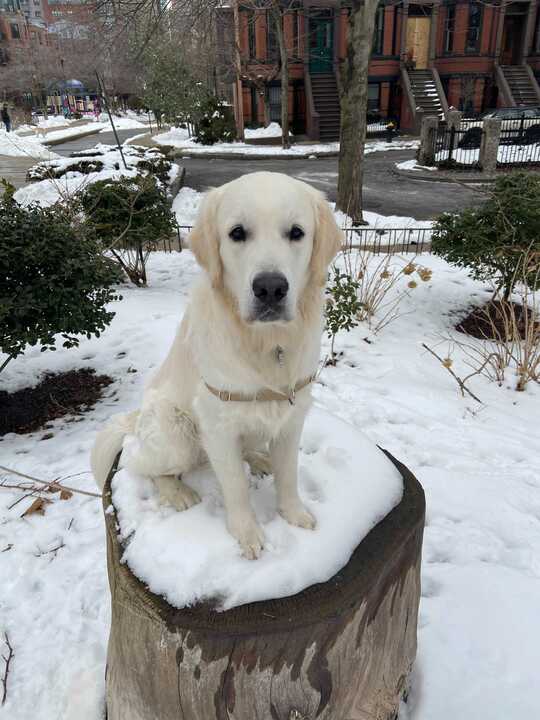 While some people picked up hobbies like knitting or baking during quarantine, fourth-year entrepreneurship and political science major Katie Miller decided to train Fitz, her now 11-month-old Golden Retriever.

“For a long time, I really wanted a dog, and I was thinking about maybe an older dog, so it would be a little bit less work, but I was going to be home for many months with my parents in the suburbs,” Miller said. “I figured I wouldn’t have a few months of free time in a long time, and I wanted to do the ‘puppy stage’ as involved and invested as I could, so quarantine seemed like a good time.”

With quarantine leaving people at home, often lonely and with lots of free time, many people adopted or bought dogs, also known as “pandemic puppies,” changing the culture of dog training, shelters and owners.

As Miller said, even with online classwork, students often had excess free time during the start of quarantine that could be channeled into hobbies. However, for those in the work world who relied on their jobs as their income, quarantine was a very different experience.

Unemployment rates in the United States skyrocketed because of the closures from COVID-19, with 3.5% unemployment in February, rising to 4.4% in March and jumping to 14.7% in April of 2020, before slowly declining to 6.2% in the most recent report, according to the U.S. Bureau of Labor Statistics.

Mark D’Aleo worked for Petco, but was one of the 22 million people laid off in 2020, which led him to turn his side hustle of walking and training dogs into a full-time job.

“I hate to say it but my business took off during the pandemic and it still is doing well as the pandemic is lifting,” said D’Aleo, who founded a dog training company called Tricked Out Pup.  “There were so many puppies and first time dog owners, and owners didn’t know where to train their dogs.”

Many people purchased dogs from breeders during quarantine, but adoption was also popular — so popular that many adoption centers, including the Massachusetts Society for the Prevention of Cruelty to Animals – Angell Animal Medical Center, or MSPCA-Angell, ran out of animals.

“It didn’t take long after the shutdown orders for people to realize, ‘I’m working from home, now’s a good time to get a puppy,’ so we experienced about a 20% increase in demand for adoptable animals almost immediately after the shutdown,” said Rob Halpin, MSPCA-Angell’s director of communications. “About six months ago or so, the demand for adoption started to outstrip our supply.”

The MSPCA-Angell encourages people to “adopt, don’t shop,” but as shelters ran out of animals, the shelter needed to find new ways for owners to get pets without having to buy them from breeders. The adoption center decided to affiliate with the Northeast Animal Shelter in Salem, which has a robust transport network, to be able to transport animals from other shelters.

“The Northeast Animal Shelter has vans, they have relationships with shelters of the South and they have a track record of successfully bringing up thousands of animals from areas of the country where adoption prospects are poor, to the Northeast, where demand for them has reached soaring heights,” Halpin said. “We have now brought up close to about a thousand animals in the eight or nine weeks since we’ve been working with the Northeast Animal Shelter.”

The MSPCA-Angell had to change the way they found new homes for animals but in doing so ended up placing over 4,000 animals into adoptive homes throughout the pandemic. Business was booming for both animal shelters and dog trainers, and D’Aleo also had to adapt his business to be able to train dogs safely during the pandemic.

“It was difficult because I didn’t have a place to train them; I had to meet people outside one-on-one, social distancing with a mask on,” D’Aleo said. “It’s very difficult to train a dog with a mask on because dogs read our faces and see muscle movements in the human face that we can’t see with the human eye.”

D’Aleo also noticed that getting a dog during the pandemic has caused dogs to be overly-reliant on their owners, to need constant attention and to develop separation anxiety. Miller, who was getting interrupted by her dog Fitz’s barks and whines for attention, says that getting Fitz during quarantine caused him to be attached to her, and she finds he still needs the constant attention he received when Miller had more free time in the beginning of quarantine.

To combat dogs’ separation anxiety, D’Aleo recommends getting a dog walker, who can take the dog out for a walk and away from their home environment, and that the owner not act like the dog has been gone for a long time when they return from the walk to normalize them spending time apart. In addition to healthy distance, D’Aleo believes socialization is the most essential way to care for dogs, which can be especially hard during a pandemic.

“I believe the order for dogs is socialize, exercise and training, and in that order,” D’Aleo said. “They need to be socialized; they need to be exercised, and once those are habitual, the training will come much easier.”

Many dogs, including Miller’s dog Fitz, go to playgroups for socialization. In addition to Tricked Out Pup, D’Aleo and partner Jim Ferris have a business called Barking Car. The dog trainers take groups of dogs who have received individual basic training on walks and adventures in packs to encourage socialization.

Both dogs and people were stuck inside without socialization during quarantine, and both had to adjust to a different lifestyle once school opened in the fall.

Miller not only had to personally adjust to moving back to an apartment after being in the suburbs over quarantine, but also had to adjust to life at school with a dog. While she admits caring for herself and her dog as a full-time student can be hard, Miller says the benefits outweigh the difficulties.

“It’s difficult, and it’s definitely a lot of responsibility. I make a joke that I feel like a teen mom a lot of the time because I treat him like my child,” she said. “But I definitely wouldn’t rather spend my time doing anything else — I feel like I get 100% of the effort back that I put in.”

Getting a dog can be a decade-long, expensive commitment, with adoptive costs of pets sometimes costing hundreds of dollars in addition to training and ongoing costs such as food, dog walkers, pet insurance and unforeseen medical costs, according to the American Kennel Club. While caring for an animal requires a lot of time, which may have been more abundant during the start of quarantine, the MSPCA-Angell has not seen an increase in animal surrenders, Halpin said.

Part of this may be due to the work done in the communities outside of the shelter walls to ensure animals who might be vulnerable to surrender have the care they need. The MSPCA-Angell does on-site vaccination, microchip, spay and neuter clinics in parks and outdoor locations around low income communities in Massachusetts in addition to distributing 2 million pet meals since the pandemic hit.

The MSPCA-Angell provides resources for pet owners to help lower rates of surrenders, but the people who are adopting animals are often well-prepared and eager for a pet and will not be in a position to surrender them, Halpin said.

“We’ve seen very few instances where people have been just completely totally spontaneous about getting an animal. The overwhelming tenor of those conversations has been, ‘I’ve always wanted to get a dog and now is the right time to do it,’” Halpin said. “When we fall in love with a pet, many people will do everything they can to work their life around the pet even once they’re back to work.”