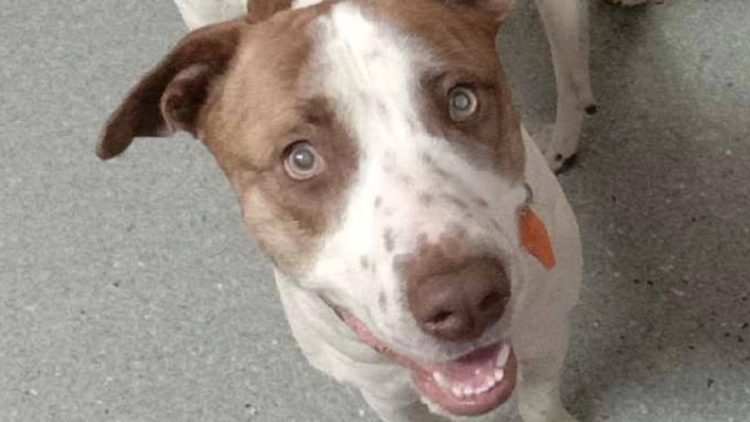 The devastated owner of a dog stolen from a Melbourne backyard believes the crooks also torched his car during another attempt to steal the beloved pet.

A cruel pair of dog thieves took the bull arab dog named Bruiser from the backyard of a Malvern East home on December 30.

The brazen crooks threatened to stab two teenage boys in the process who tried to stop the man and woman from stealing the beloved family pet.

Police said the boys tried to get Bruiser back as the couple fled the Camira Street property about 9.30am, but the man threatened to stab them.

Earlier, the man and the woman stole a female dog from the same house, but the teenage boys managed to get the pet back before the pair left.

Bruiser’s owner Nathan Erlich wasn’t home at the time but believed the pair also tried to steal his dog the day before when his car was set alight.

“Someone had put a rag where the petrol cap should be and set fire to it,” he told NCA NewsWire.

“I think they were trying to distract us to get the dog that day and expected us all to run out of the house when it caught fire.”

Mr Erlich said his 15-year-old neighbour was traumatised by the theft.

“It’s horrific, they must be lowlifes,” he said.

“The basically ransacked a 15-year-old boy and threatened him with a shank and said that if he doesn’t give him the dog he’s going to shank him.”

Mr Erlich said his biggest fear was that the crooks would hurt his favourite pet.

He said Bruiser was a father of 11 puppies and the mother, named Cujo, was the other dog they tried to steal.

“That is the biggest fear that they are going to harm him and make him fight, and if they do, god help them,” he said.

“He’s my favourite animal, he’s like one of my children. I’ve got three children as well and he’s my fourth.

“He’s a wonderful dog, he’s almost human like the way he can look at you, he understands English, is highly intelligent, that’s what makes him really special.

“I’ll do anything, I won’t look their way again, I just want my dog back.”

Stonnington crime investigation unit detectives have released an image of Bruiser in the hope someone recognises him and knows where he is.

The man has been described as caucasian, of a solid build, about 174cm tall and was wearing a black face mask.

The woman was described as having a slim build and was wearing a chequered red hooded top, black gloves, pants and a mask.

Anyone with information has been urged to contact Crime Stoppers on 1800 333 000.