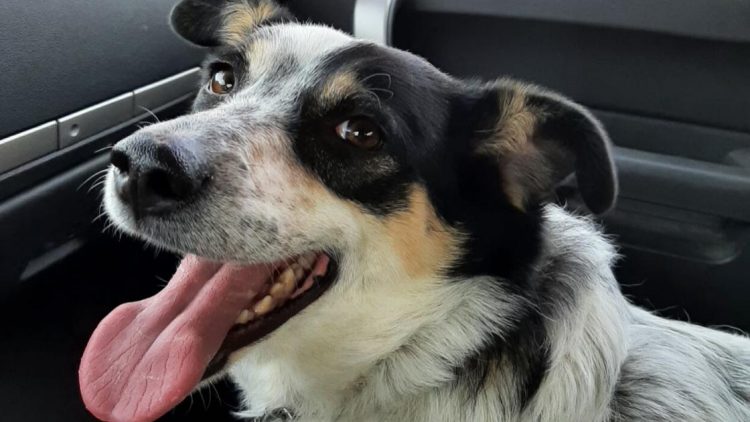 JANESVILLE—A program that allows certain Rock County Jail inmates the chance to help train dogs in need of adoption has resumed after nearly a year on hiatus due to the COVID-19 pandemic, according to the Rock County Sheriff’s Office.

The Canine Corrections Academy welcomed Suzie, a 2.5-year-old Australian Shepherd mix, from the Southern Wisconsin Humane Society on Wednesday. Suzie will live with inmates in the Rock County Education and Criminal Addictions Program (RECAP) and the inmates in the program will train Suzie in basic obedience and socialization skills.

The program was established in July of 2014 and has paired otherwise unadoptable dogs with inmates who work with the dogs and train them to be good pets. A trainer from the humane society will work with the inmates to train Suzie and future dogs twice each week.

This interaction is invaluable to the inmates. Inmates develop vital life skills, including patience, responsibility, compassion, and self-esteem, according to Sgt. Jay Williams.

“We are excited and the inmates certainly are, since march of last year we had to shut it down,” Williams said.

To prevent potential COVID-19 exposures, Williams said jail staff came up with a plan to ensure safety protocols were in place in the event of any RECAP member being exposed to the virus.

“We were just trying to figure out the best route to take before starting it back up again,” Williams said.

The training program has been an asset for the jail’s RECAP program since starting in 2014, Williams said.

“We thought it would have a calming effect on those in the jail,” Williams said. “I understood that it would work, although I was skeptical of what it was actually going to do. Once the dogs started coming in, any doubts I had went away.”

Williams said the inmates are protective of the dogs in the program and understand the responsibilities that come with the unique program.

“They turn into big kids,” Williams said. “They’re protective of the dogs and everyone knows that the dog comes first. It’s done everything we’ve thought it would do and more.”

At the end of each academy, each dog tests for the Canine Good Citizenship certification and upon completion is listed for adoption.