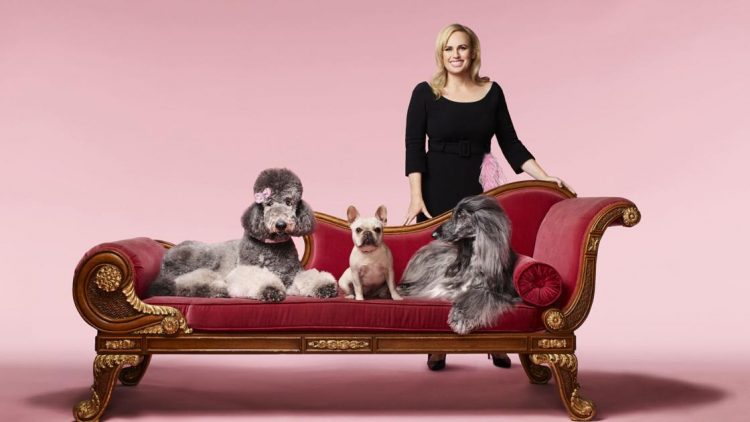 To be in the competition, Vanderpump adds, the dogs have to be in “tiptop condition. To see all these happy dogs pampered and loved, it was just such a wonderful experience for me.”

The dogs love the attention, Bendersky says, and they enjoy trotting down the dogwalk. “These are dogs that are attention-grabbers.”

Wilson says the ABC show also allows her to show off the changes she has made following a “year of health.”

Losing 60 pounds in a year, “I get to show off the new physique,” she says. “This is my primetime opportunity to just really put it out there.”

Wilson, the star of such films as “Pitch Perfect” and “Jojo Rabbit,” says she was even asked out by two contestants on the show. “The twist is that the contestants were related and they were actually mother and son.”

Because “Pooch Perfect” was shot during the coronavirus pandemic, Wilson didn’t have a studio audience to play to. Instead, she toyed with stuffed animals. “It was a challenge,” she says. “I have a lot of respect for everybody who works in reality (television) because it’s really difficult.”

Unlike, say, the host of “The Bachelor,” Wilson saw the job as a way to show viewers life behind the scenes and reveal how she works out a joke. “With my skill set, I’m going to try to bring the comedy. I also do what’s called ‘dogography,’ which is, basically, we dress the PA’s (production assistants) in dog costumes and then I worked out little dances.”