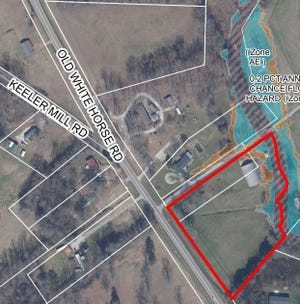 Rezoning requests for a dog-training facility on Old White Road and an office building near Interstate 185 were rejected last week by the Greenville County Council.

A property owner wanted to build a 3.25-acre dog-training facility that would have included outdoor runs, a diving dock and a swimming area for dogs as well as daytime kennels, and an office and retail space with grooming services.

Catering to sports dogs, the center would have been unlike any other facility in the Upstate, dog trainer Carol Underwood said at a public hearing last month.

The property is in the district represented by County Council Chairman Willis Meadows. He sided with county staff members who concluded that a dog-training facility would be too intensive of commercial use for a site surrounded by single-family homes.

Councilwoman Liz Seman disagreed. She said she was contacted by a number of people who supported the rezoning.

“I feel like this actually a good project,” Seman said.

The rezoning was rejected on a 10-2 vote with Seman and Councilman Chris Harrison casting the dissenting votes.

At the request of County Councilman Ennis Fant, a rezoning request was denied for a 47.5-acre tract owned by Connector Plus LLC along Interstate 185 and State 153. Plans called for a 12,000-square-foot office building to be built on the property, with the potential for two additional office buildings of the same size, according to county records.

The request, which was submitted last year, had been endorsed by the county staff, the Planning Commission and the council’s Planning and Development Committee. A staff report said changing the property’s zoning from a residential to commercial classification would be consistent with the county’s comprehensive plan and the South Greenville Area Plan.

But Fant, whose district includes the property, said he had been contacted by residents who opposed the rezoning.

Fant said the residents were concerned that a commercial zoning classification could allow “gas stations and all sorts of other stuff” to be built on the land.

– The Greenville News is committed to providing comprehensive coverage of development in Greenville County. Keep up with how the community is growing by becoming a subscriber. Visit greenvillenews.com/subscribe.