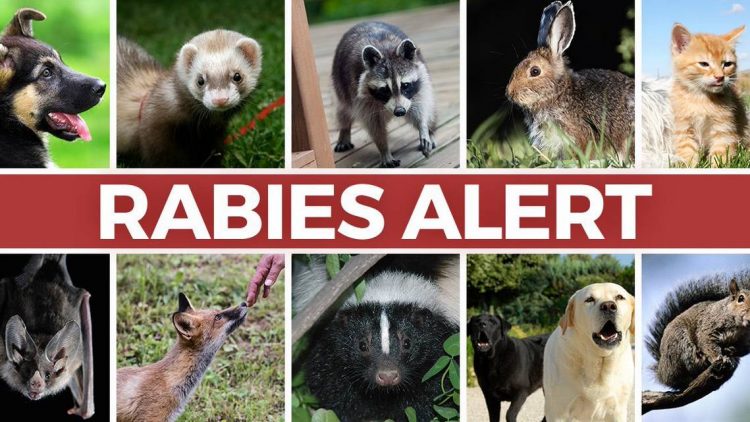 Health officials in South Carolina are asking anyone who might have come into contact with a rabid puppy to immediately seek medical care.

Lives could depend on it.

“We are deeply concerned about all persons involved, as rabies is fatal if left untreated after exposure,” Midlands Region Medical Director Dr. Gil Potter said Wednesday in a news release from the South Carolina Department of Health and Environmental Control.

It was first reported over the weekend that the 7-week-old tan-and-white pit bull puppy tested positive for rabies. That’s also when DHEC said at least 25 people and six dogs in South Carolina were confirmed to have come in contact with the 5-pound puppy.

But DHEC believes more people have been in contact with the infected dog — and one of its littermates.

The puppy was born in Edgefield County, near Lanier Road in Johnston, and it as well as its littermate were taken to Augusta, Georgia, from July 14-17, DHEC said.

Both puppies also were brought to a gathering in Clearwater, S.C., around the same time, according to DHEC.

The littermate is unaccounted for and was allegedly given away during the gathering, health officials said.

On July 17, the rabid puppy was taken to a birthday party in Florence, S.C., according to DHEC.

The puppy was sent to DHEC’s lab for testing on July 19, and was confirmed to have rabies a day later, health officials said.

DHEC said it’s working with the Georgia Department of Public Health to identify additional exposures, and is also trying to find the littermate to verify its condition and prevent the potential spread of rabies.

Anyone who came into contact with the rabid puppy’s saliva might have been exposed to the virus and should seek medical attention, DHEC said.

DHEC is having difficulty tracking down people from the gathering in Clearwater, and anyone who attended or who may have had contact with the littermate puppy should contact their health care provider and DHEC’s Environmental Affairs Aiken office at 803-642-1637, or the Florence office at 843-661-4825 during normal business hours, or 888-847-0902 at other times.

Animals can spread the virus for up to two weeks before showing symptoms or signs of rabies.

Health officials said an exposure is direct contact — possibly through broken skin or mucous membranes in the eyes, nose, or mouth — from a bite, scratch or contact with saliva, body fluids, or brain/nervous system tissue from an infected or possibly infected animal.

Getting pets vaccinated for rabies is the best way to protect against the disease, DHEC said.

This puppy is the first animal in Edgefield County to test positive for rabies in 2021, DHEC said. There have been 46 cases of rabid animals statewide this year.

In 2020, one of the 168 confirmed rabies cases in South Carolina was in Edgefield County, according to the release.

This is a developing story, check back for updates.

This is a breaking news story

In a breaking news situation, facts can be unclear and the situation may still be developing. The State is trying to get important information to the public as quickly and accurately as possible. This story will be updated as more information becomes available, and some information in this story may change as the facts become clearer. Refresh this page later for more updated information.

Noah Feit is a Real Time reporter with The State focused on breaking news, public safety and trending news. The award-winning journalist has worked for multiple newspapers since starting his career in 1999.
Support my work with a digital subscription