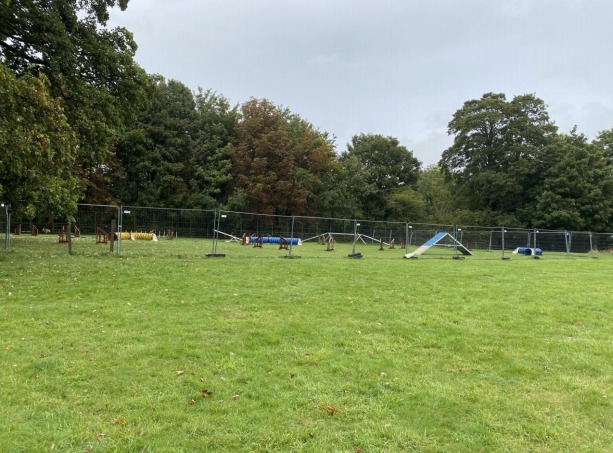 A DOG training business has been given permission to use part of an historic park – against the will of the local parish council.

Claire White-French of Scallywags will now be able to run her training sessions at land off Corhampton Lane, Corhampton.

Planning approval was granted at a recent Winchester City Council committee meeting, despite the chairman of the parish pleading chiefs to refuse it.

“We are in support of local businesses and we have several thriving in the parish in the right location,” said Cllr Jerry Pett, chairman of Corhampton and Meonstoke Parish Council.

“We’d happily welcome a dog training business but I hope you’ll agree that this site is simply not right, in particularly sensitive setting.”

The business will set up in Corhampton Park, which is part of the Corhampton and Meonstoke conservation area.

Cllr Pett argued that it will not complement or enhance the character, which is a strict criteria for developments in the area.

He added: “It also very obviously separates the rest of this site from the rest of the parkland. Any lighting would exacerbate these issues.

“If you were minded to approve this application we would ask you to place some conditions. The site is close to a footpath and would spoil a beautiful view in the parish.”

“For me the fencing is the most unsightly part of it,” said vice chairman Cllr Jane Rutter. “It looks like the sort of stuff you put around a building site.”

It was later revealed that the applicant had planned to replace the fencing after gaining planning permission.

Cllr Mike Read raised his concerns over the ownership of the land.

It was formerly part of a house nearby which was owned by Hampshire County Council.

This was sold in 1986 and was later divided and sold individually. Ms White-French has been given permission by the landowner to run her business on the site.

Clearing up any outlying worries the applicant’s agent Mark Sennitt said: “The site is private land so it doesn’t have public access so any views of the site are actually from a distance.

“This is a temporary fencing but the applicant is very happy for that to be mentioned in the conditions. The activities are carried out in the day light rather than the nighttime.”

Mr Sennitt added that the site is separated from the village by the A32 so is unlikely to cause disruption.

The plans were approved with six votes to two.

The business will now run 45 minute sessions with 15 minute gaps to allow time for customers to arrive and leave at different times.