Search is on for Britain’s favourite dog breed 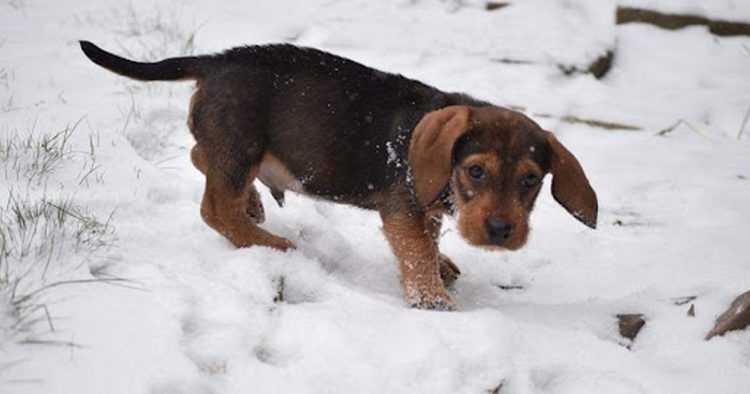 Cheshire Live has joined forces with our brand new sister site, TeamDogs, and the fabulous Pooch & Mutt food for dogs company, to find out which dog breed really is the nation’s favourite.

Here, Millie Reeves champions the Basset Fauve de Bretagne and explains exactly why they are the best breed.

If you agree – or disagree – we’ll give you the chance to vote in the search to find the UK’s favourite dog breed.

The breeds with the lowest number of votes will end up in the Dog House. The 10 lowest ranking will be eliminated each week until we end up with our worthy winner!

I know there are lots of breeds out there which have the same gentle nature as the Basset Fauve de Bretagne (or Fauve if you’re in the know like me).

But what they don’t have is their wicked personality. Their mannerisms and expressions convey a dog that knows it’s a good and proper hound of noble stock yet their comically short barrel-like body and the dopiest of faces says otherwise.

There have been so many times when Rafferty has just had everyone in stitches with his goofy looks and perfect comic timing.

When he was a pup, we woke up one morning to find him standing on the kitchen counter where he had apparently been for most of the night.

No idea how he had got up there but the expression he gave us, something along the lines of, “I have made a grave error, please don’t mention this again”. It still has me chuckling years later.

In our neighbourhood, he’s known as The Ball Stealer. Despite his little legs he can keep up with the best of them and regularly steals balls from his playmates.

Sometimes if two dogs are having a bit of an argument and one has left their tennis ball in the grass to have a shout at another dog, Rafferty sneaks up and steals it from under everyone’s noses.

He’s equally as mischievous when it comes to food. His current favourite game is getting the cat to knock over sachets of dog food from the cupboard shelf so he can take a pouch in his mouth and hide behind the sofa with it. It’s the face he gives you when you find him as if you’re the one in the wrong because you’ve disturbed his master plan.

Looks aren’t everything but Fauves are something of a beauty.

When they are puppies, they are the most perfectly puppy-ish puppy a puppy can be. Chubby belly – check, huge ears – check, a cartoonish doggy face – check.

I know all (dog) mums say their kids are the cutest but look me in the eye and tell me this isn’t the most beautiful puppy you have ever seen?

And do you know what’s more amazing than a cute puppy? The fact they change colour as they grow.

Remember that viral video of the black goldfish that with love and affection turned gold? That’s like what Fauves do. As they grow up they grow a wiry fawn coat and completely transform. Another thing about the hair is that they are a bit like shapeshifters.

A Fauve with a haircut is an entirely different dog to a shaggy one. When Rafferty got trimmed right back, my kids were convinced we had a new dog! Double Epic Mum Points for me there.

In short, the Fauve has everything the perfect dog should have and it is the best breed.