by Andy
in Health, Training
0 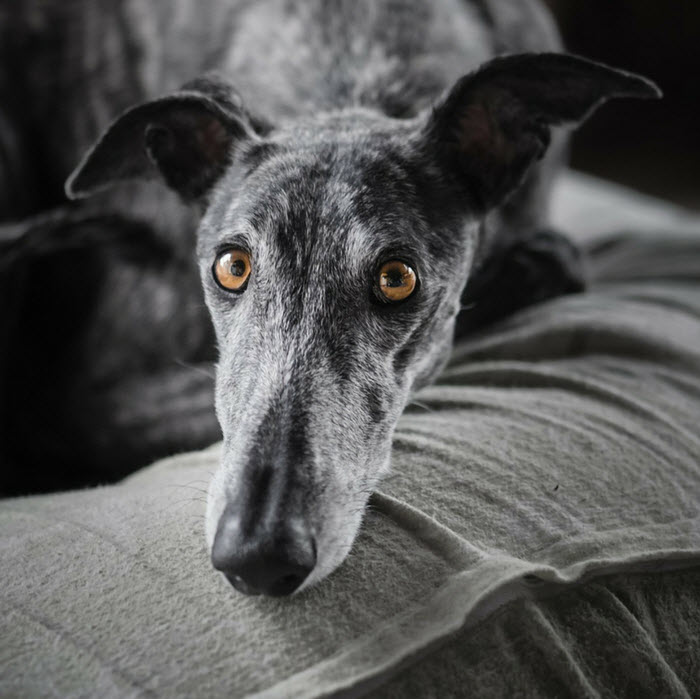 Separation Anxiety is a fear/anxiety-based behavior in dogs. It is a common dog problem that can affect any dog breed at any age. They basically are afraid (anxious to the point of panic) about being left alone.

In the dog world, they would typically be with their pack members 24/7, from the day they are born until the day they die. In our world, the reality is that dogs spend many hours alone, and sometimes don’t know how to cope with it. The majority of dogs are seriously under-stimulated, under-exercised, and very isolated. Dogs are extremely social creatures. They enjoy company and activity and require it for their mental well-being just as people do.

Separation Anxiety ranges from very mild cases, where the dog may be just a bit nervous when the owner is away but is able to cope—to the extremely severe case where the dog literally has a major panic attack when the owner leaves, and causes physical injury to himself. There is a wide range of behavior patterns in between these two extremes.

Dog separation anxiety often results in a distressed and sometimes destructive behavior of your dog while you are not at home. There are many problem behaviors that are red flags for Separation Anxiety. They can include, but are not limited to: shadowing owner, panting and pacing as owner is getting ready to leave the house, dilated pupils, drooling, excessive barking, destruction of property, destruction of exit points of house (window and door frames), urination & defecation in the house, anorexia (dog refuses to eat anything while the owner is gone), breaking out of their crate, and self-mutilation. The dog is not doing these behaviors out of spite or revenge for leaving him alone. He is terrified to be alone and purely panics.

If your dog suddenly gets nervous and displays bad behavior when you are about to leave the house, it is a sure sign that he is suffering from separation anxiety. Clinging to you all the time and overly enthusiastic greetings when you return home also indicate separation anxiety problems. 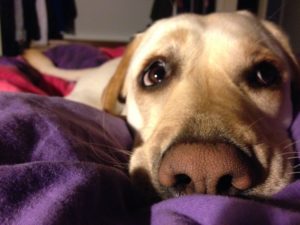 While the exact cause of separation anxiety often remains unknown, some theories suggest that it is often caused by one of the following:

Cause 1: A change in the environment your dog lives in often results in the dog being confused and insecure. In such cases, they do naturally seek comfort and safety from his owner. But if the owner is gone, the insecure dog becomes distressed.

Cause 2: Dogs that have been abandoned or have lost their previous owners are also prone to be more insecure. That is why dogs from animal shelters often suffer from separation anxiety.

Cause 3: Dogs that were never left alone before are usually anxious when their owners start leaving them alone. Such transitions should always be done gradually.

Cause 4: As dog separation anxiety is often caused by lack of self-confidence and assurance, never punish your dog for bad behavior. Punishing will morally traumatize your dog and make him insecure, hence making him vulnerable to separation anxiety. Always use positive reinforcement obedience training methods instead.

Cause 5: Note that any of these behavior problems could also be caused by lack of proper obedience training, dog aggression or health issues. These problems are only related to dog separation anxiety if they become considerably more severe when you are away from your dog. 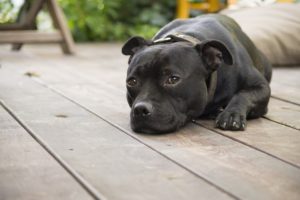 The treatment for Separation Anxiety has a history of great success. Depending on the severity, the treatment timeframes vary from a month for mild cases to several months, or even longer for very severe cases. Puppies and newly adopted dogs are at greater risk for developing Separation Anxiety issues. Prevention is the key to many problems in life and this is no exception. There are very simple things owners can do with their puppy or dog to help prevent the onset of Separation Anxiety.

Step 1: You must gradually train your dog to get used to your absence. If your dog gets nervous when you pick up the keys and put on your shoes or coat, start with desensitizing these actions. Take your keys, put on your street clothes, but do not go anywhere. Just spend some time in the house like that, so that the dog learns to ignore your usual leaving routine.

Step 2: Once the dog is no longer upset about you getting ready to go, try leaving the house for a short period, and return after some 20 seconds. You could give your dog a little toy or treat to keep him busy while you make the short leave. If the dog does not get stressed about your short second absence, you can start increasing the time you are away. Make sure that you do this gradually so that the dog does not get distressed while you are gone.

Step 3: If you usually leave in a car, start the engine at first, but not going anywhere. After a while, you could drive out of the garage and drive back without going anywhere, then try driving around your block, etc.

Step 4: When you are leaving or returning home, do not make a big deal out of it. Emotional partings and greetings will only make things worse. Instead, leave and enter the house casually to show that it is just a part of your routine. When returning, do not even greet your dog at first. Start by taking off your clothes and putting down any groceries you may have. Only then you can start paying attention to your dog.

Step 5: If the dog becomes distressed or overly excited at any point, just turn away, paying no attention to him. If you start comforting your distressed or bad-behaving dog, you are actually reinforcing the undesired behavior. You must establish that the dog will get no attention for whining when you leave. At the same time, do not forget to reward your dog when he is calmly watching you leave or return.

Destructive dog behavior can also be greatly reduced if your dog gets enough exercise. Take your dog for a walk or play a game with him before leaving. If you do so, the dog will use up his energy in a positive way and be less likely to become destructive while you are gone. You could also consider crate training, as it can prevent your dog from damaging property.