Sheldon the Dog Flunked Out of Service-Animal Training, But Became an Ace at Sniffing Out Arson 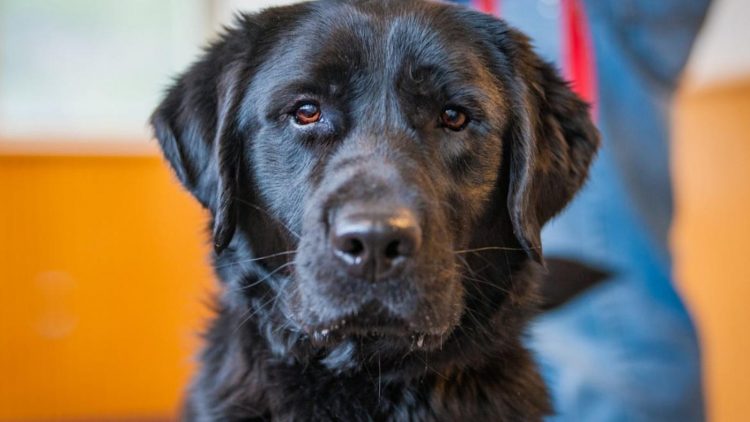 “When one door closes,” the saying goes, “another door opens.” For one very special pooch, it appears that adage also applies to doggie-doors.

A Labrador-retriever mix named Sheldon was enrolled in a program to become a service dog. Training at Paws With A Cause in Wayland, Michigan, unfortunately he couldn’t quite make the grade.

Whenever he’d catch a whiff of something interesting, Sheldon’s concentration flew out the window and all he wanted to do was hunt down the source.

But the very thing that made him a wash-out as a service dog meant he was likely perfect for another canine career. Rather than return him to civilian life, Sheldon was transferred to the State Farm Arson Dog Program, where his sensitive nose soon put him at the top of the class for sniffing out the accelerants used to light illegal fires.

Paired with Lieutenant John Tadlock of the Saginaw, Texas fire department, after his graduation Sheldon went on to become the department’s premier accelerant detection canine.

In his first case, Sheldon and his partner were called to a car dealership to investigate some vehicles that had been torched under suspicious circumstances. After three days, no one had been able to figure out how the fire got started—but the cause wasn’t baffling to Sheldon.

“We get out of the truck and put him to work. It takes him about 30 seconds, and he gives me an alert,” Tadlock told the Fort Worth Star-Telegram.

“We dig through some debris and find a Molotov cocktail. It was just under some debris from the vehicle that had burned away, three days earlier. You couldn’t even see it.” But Sheldon unearthed the evidence with ease.

Sheldon lives with Lieutenant Tadlock and his family (and will continue to do so even in doggy retirement). To keep their skills at the top level, the duo trains regularly on a reward/praise-based system and participates in State Farm’s annual certification program.

“He made a better arson dog than a service dog,” Tadlock said.

For a dog who was blessed with a super “scents-ative” sniffer, we guess whether you’re tailing bad guys or hunting up a career, it’s always best to follow your nose.

Sheldon isn’t the only pup unfit for one specialty job who got thrown a bone for another: German Shepherd Gavel didn’t have the right stuff to become a police dog but GNN reported he was perfectly suited for his role as Vice-Regal dog for Queensland’s Government House.