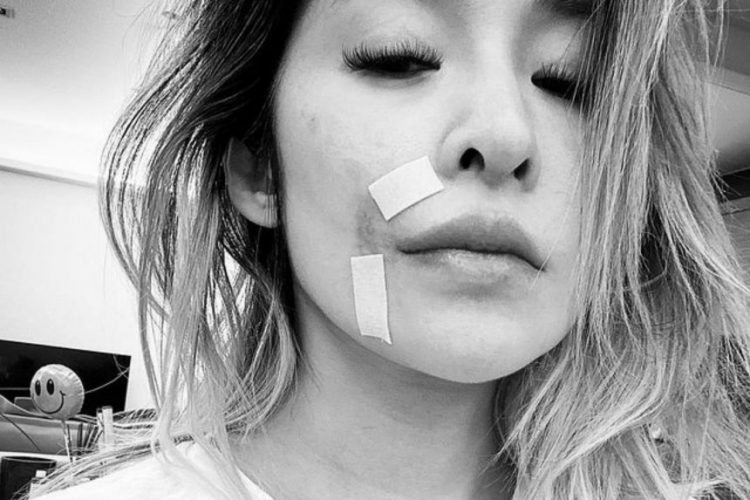 Singer Elva Hsiao has revealed that she has not fully recovered from being bitten on her face by her adopted dog in February.

In an Instagram post on Friday (July 2) night, the 41-year-old uploaded a black and white photo with two plasters and a visible scar near her mouth.

“I’m not afraid, but God, please help me through,” she wrote in the caption in English. “I don’t like how I look.”

Recent photos shared by her on social media had that part of her face obscured either by her hair or her hand.

She reportedly spent more than a month in hospital after the incident in February, in which both she and her boyfriend, actor Justin Huang, 25, were attacked by their adopted dog.

In an interview two months after the accident, she said she had skin necrosis, meaning the skin tissue had died.

She will need to undergo more surgical procedures, but they are currently on hold due to the pandemic. Thus, her recovery has been slow and her doctor has asked her to be patient.

However, she revealed that she was distraught every time she looked at herself in the mirror while changing the dressing.

The Taiwanese pop diva, who frequently shares photos of her dogs in Instagram, said she did not blame the dog, who was abused by its previous owner, and she believed that the attack was not intentional.

She added that she hoped the public will not have misgivings about adopting a dog. – The Straits Times/Asia News Network