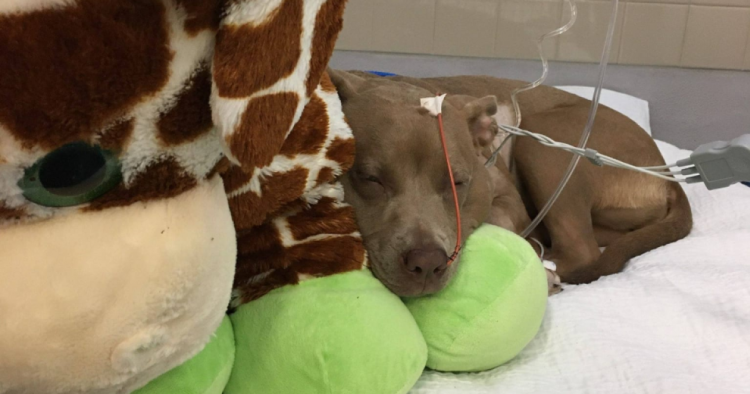 PORTSMOUTH, Va. – News 3 told you about Smoke the dog that was found stabbed on Tuesday.

Good Samaritan Brad Chambers, who is also a former police officer, found Smoke. He had a trauma kit he said can be used for an active shooter situation in his work truck. He used it to stop the bleeding from the dog’s jugular vein and carotid artery.

The female dog, not even a year old, was rushed to a vet in Suffolk after undergoing surgeries that Chambers paid out of pocket for.

Chambers told News 3 on Thursday that Smoke’s health is declining. She was rushed to a N.C. State vet hospital for surgery in the ICU.

Smoke is now in the care of the world-class team at NC State Veterinary Hospital. She remains under close watch as they monitor the excess air in her lung and chest cavity and determine the next steps for her care.

Chambers is raising money to help save the dog. As of Thursday, the fundraiser has raised nearly $17,000 for the puppy’s vet bills.

Portsmouth Police are pursing animal cruelty charges against 31-year-old Darrel Lollis. He was taken into custody near High Street Tuesday.

To donate to the dog’s vet expenses, click here for information.

Make Nutrition a Priority for Your Pet | Lifestyle

Make Nutrition a Priority for Your Pet | Lifestyle