Stories behind every dog breed that originated in America | Lifestyles 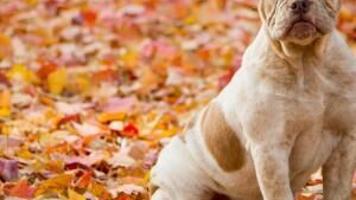 Thousands of years ago, ancestors of the modern gray wolf inhabited Europe, crossing the Bering Strait into America around the same time that early humans made the journey. These ancient wolves are thought to be the common primogenitor to all American dog breeds. There is evidence that several Native American tribes domesticated these wild animals, possibly after the two groups learned they could share a mutually beneficial relationship: The wolves could get an easy meal while the natives gained protectors, hunting companions, and pack animals. Many of these Native American dog breeds are now extinct, but they certainly played a huge role in the development of modern home-grown breeds.

Another major influence on modern American dog breeds were the pets and working dogs brought over by early explorers and colonists. For centuries, dogs had been bred for work and sport in places like Britain, France, and Spain. When early settlers brought these canines over they bred with existing American dogs, creating entirely new animals that could be bred for specialized purposes and further domesticated.

Stacker compiled a list of 55 dog breeds that originated in the United States, using various sources such as the American Kennel Club and Vet Street, which were last updated in 2019. Researching the dogs’ histories we’ve identified when the breeds first existed, when they were first documented, and when they were first recognized by the AKC or United Kennel Club (if applicable). The dogs have been listed in alphabetical order, from the Alapaha blue blood bulldog to the white shepherd. A handful of the dogs on our list have long been extinct, like the Hare Indian dog and the Hawaiian poi dog, while a few remain incredibly popular with modern families, like the puggle and the Cocker spaniel. A few, like the Australian shepherd, may even have origin stories that surprise you.

So whether you’re a canine lover or simply appreciate all things home-grown, read on to discover the origin stories of every American dog breed.

You may also like: Most popular baby names for millennials

The worst dad jokes ever – and proof they are funny

The worst dad jokes ever - and proof they are funny