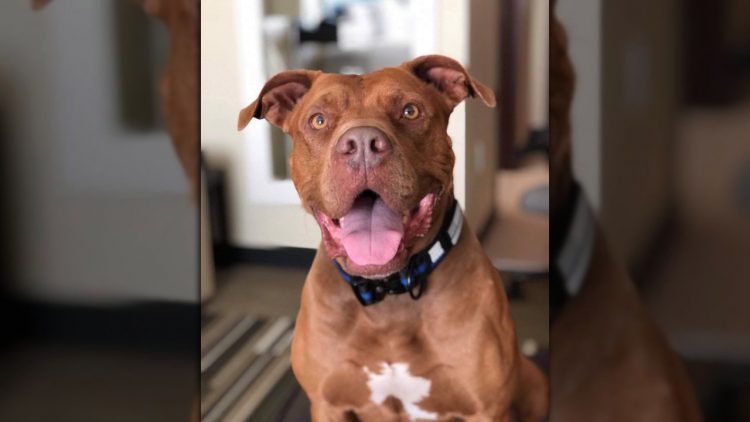 KNOXVILLE, Tenn. (WATE) — A stray dog from the streets of New York City is now on her way to becoming the second arson detection law enforcement K9 Pitbull in the United States.

Zoey was labeled unmanageable and not a good candidate for adoption before she was sent to Florida from New York City to learn manners. However, the shelter said she needed an outlet to expel all this energy. This was when the nonprofit Throw Away Dogs Project was called in to see if Zoey could become a Law Enforcement K9.

The nonprofit set Zoey to Loudon Tennessee to be trained in arson detection by Justin Rigney Head Trainer of dK9 Services Unlimited.

Throw Away Dogs Project takes misunderstood dogs, trains them to become police dogs then finds them a job and donates the dog free of charge. They have placed 41 K9s around the county since 2013. In 2016, they created their Pitbull for Police program and have since placed 5 rescue pit bulls including K9 Hansel, the first arson detection K9 pit bull in the United States.

Throw Away Dogs Project will be donating K9 Zoey to a fire department in need anywhere in the Country and she will be fully trained in arson detection. Zoey will be valued at $15,000 once completely trained.