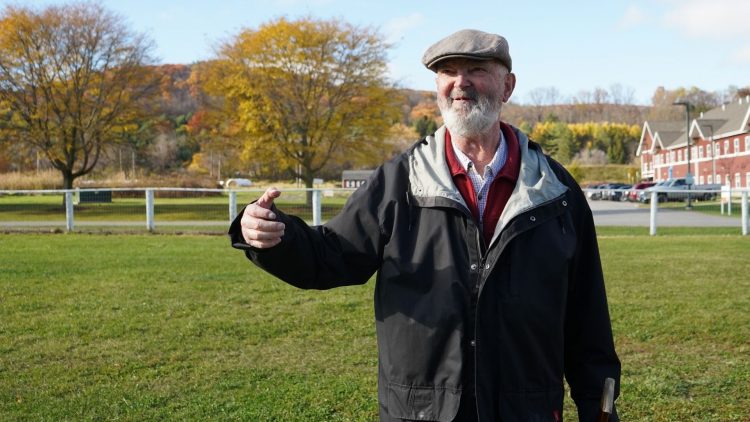 COBLESKILL — SUNY Cobleskill is mourning the death of a nationally renowned canine expert who spent his career at the college.

The school announced Thursday that Stephen “Doc” Mackenzie died on Sunday at age 72.

Mackenzie, a distinguished service professor at SUNY Cobleskill, was a leading voice furthering a progressive vision of canine education and led the creation of the nation’s first Bachelor of Technology degree program in canine training and management.

“Doc’s gregarious presence endeared him to all who had the pleasure of sharing his company, be they human or canine,” said school President Marion Terenzio in a statement. “As we grieve this great and sudden loss, we also reflect with an appreciation for the gifts Doc shared with us and for the many lives he touched.”

Mackenzie was a member of the college’s Animal Science program for nearly 40 years.

His influence extended beyond the classroom and local and state law enforcement teams, said the college, and national canine organizations benefited from his guidance and instruction.

One of Mackenzie’s most significant contributions to the field was his emphasis on the use of “non-compulsive methods” for aggression-control training, according to the college. It’s a system that provides a more humane training alternative by positively rewarding desired behavior when compared to traditional approaches.

The program helped meet the needs of the growing canine care and use industry, as well as the “rapidly changing national security needs” following the Sept. 11 attacks, according to the college.

“He had a natural talent as an educator and his far-reaching impact within law enforcement and higher education speak to the passion he had for his work, his canines and his students,” Zimmermann said in a released statement.

Mackenzie served as a deputy sheriff for the Schoharie County Sheriff’s Office for 25 years and as a K-9 handler and trainer for seven.

He also developed an agreement to train dogs housed at a local animal shelter, a program that provided both practical experience for students and increased the chances of adoption for dogs in the program.

At the time of his death, Mackenzie was working with campus residential life staff and external partners to develop a puppy-raising program on campus, a partnership that represented “a significant commitment in support of the work of an organization training canine companions for the nation’s military veterans.”

Mackenzie, who was also an author, racked up numerous honors for his research.

He was recognized by the North American Police Work Dog Association in 2017 as Master Trainer of the Year and was awarded SUNY’s Distinguished Service Professorship Award in 2020.

“To say he was a positive influence on thousands of lives is an understatement,” Timothy Moore, dean of the School of Agriculture and Natural Resources at SUNY Cobleskill, said. “We are all better educators and better people for having known Doc.”