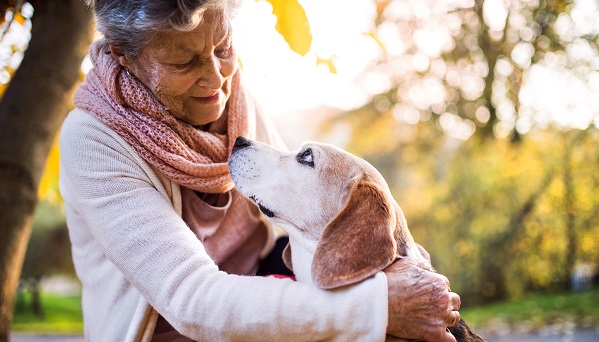 Mortality was higher in nonagenarians, but their life span after TAVI matched that of the general population.

Observational data from Switzerland add support to the idea that age shouldn’t be a barrier to TAVI, researchers say. While nonagenarian patients in the SwissTAVI Registry had a higher mortality risk compared with younger TAVI patients, these individuals were no more likely to die than people of similar age in the general population.

The question of how well the very elderly fare after TAVI is of increasing importance as the global population ages. By 2050, there will be around 76.7 million people older than 90 years, many of whom will develop aortic stenosis and face the choice of whether to undergo an invasive procedure.

“Increasing age is a risk factor in TAVI patients on its own,” Adrian Attinger-Toller, MD (University and Hospital Fribourg, Switzerland), one of the paper’s first authors, told TCTMD via email. “Our data shows that elderly patients are more prone to complications and have a higher mortality rate than their younger counterparts.

“However, our study also shows that TAVI was able to restore life expectancy in nonagenarians when compared to the general Swiss population,” he continued. “In clinical practice, this means that elderly patients should not per se be declined for TAVI only based on their age. Therefore, particularly in the elderly, patient selection is key and further evidence is needed.”

Eberhard Grube, MD, PhD (University Hospital Bonn, Germany), commenting for TCTMD, said it’s useful to collect data on hard outcomes for TAVI in real-world use. Yet he cautioned that the results need to be interpreted carefully, partly because they are observational but also because they capture an earlier era.

“A lot has happened after 2018 with regards to low-risk and younger-age [patients],” Grube said, adding that at the time, patients under the age of 70 would only be offered TAVI if they were very sick. Even now, he said, people often conflate two separate concepts, assuming that younger age means low risk when this isn’t always the case. Nor did the study address quality of life, which often is a key factor in decision-making for the eldest patients.

“It’s an interesting collection of data on the Swiss population,” agreed Grube, but he cautioned that it doesn’t reflect current practice or technologies and may not apply to other geographic regions.

Using data from the prospective SwissTAVI Registry, researchers looked at 7,097 patients (mean age 82 years; 49.6% women) who underwent TAVI at one of 15 Swiss hospitals between February 2011 and June 2018.

Attinger-Toller, asked whether the worse mortality in the youngest TAVI patients is concerning, pointed out that, in their study, patients below 70 years of age tended to be sicker in a variety of ways. “Younger age does not necessarily mean low surgical risk,” he observed, adding that valvular heart disease is a significant medical condition that itself can reduce life span.

Indeed, there were many baseline difference among the age groups. Younger patients were less likely to be women and more likely to have comorbidities, prior MI, and previous cardiac surgery. Older patients, on the other hand, were more apt to be symptomatic; more than two-thirds of those aged 90 or older were in NYHA functional class III or IV.

Quality vs Quantity of Life

Ricardo O. Escárcega, MD, and Brian Hummel, MD (both from Lee Health System, Fort Myers, FL), in an editorial, note that selection bias—rather than TAVI extending life—may explain why the eldest patients did so well, “as only ‘healthier’ nonagenarians were selected to undergo TAVR.”

Additionally, it’s important to remember who exactly is being studied, they point out. “This registry included only patients undergoing TAVR, so the mortality numbers likely represent rates that are device specific, not disease specific. Intuitively, increasing age may correlate with linear mortality trend because older people die at a higher rate than younger people.”

Yet the editorialists agree with the researchers’ main takeaway, writing: “It provides a strong argument that in the general population, age alone should not be a definitive inclusion or exclusion criterion.”

Age is a number. Eberhard Grube

All agreed: a key missing piece in the analysis is information on quality of life, which may be especially relevant in nonagenarians who aren’t necessarily seeking to live longer. Nor did the study address futility.

What’s needed is “an elegant, simple, and widely adopted definition of ‘cohort C’ patients, in whom TAVR may be futile or even harmful, especially in elderly patients and those with multiple comorbid conditions,” Escárcega and Hummel stress. “Future studies should focus on continuing to define those variables that could help heart teams exclude patients who are unlikely to benefit from TAVR.”

For Grube, the concept of futility is informed by comorbidities and life expectancy. Asked if it’s possible for someone to be too old for TAVI, he said: no.

“Age is a number. And I know people at my age that sit at home, have their legs up, and read the newspaper, go to bed, and sleep, and then do a couple of things [during the day],” said Grube. Many others, by contrast, maintain an active lifestyle. “That’s why you have numerical age and biological age; [this is] apart from the fact that the older you get, the more you respect life and appreciate life. And I think if you are 80 or 85 or even 90, why would somebody defer or delay or even not accept TAVR, if this patient wants to live better, not necessarily longer?”

This potential to impact quality of life was why, in 2004, he performed his very first TAVI, Grube recalled. The patient was 85 years old.

“She said, ‘My husband died, I’m 85 years old, and I have a dog that’s my only friend and I want to die because I can’t even walk my dog anymore. You know, he’s pulling and I’m getting short of breath, I faint, and I get dizzy. I don’t want to live anymore.’ And that’s when I said, look, maybe we have a solution,” he told TCTMD. The woman lived another decade, with enough energy to outlive three dogs. “This is so important for us: that we respect life,” Grube emphasized.