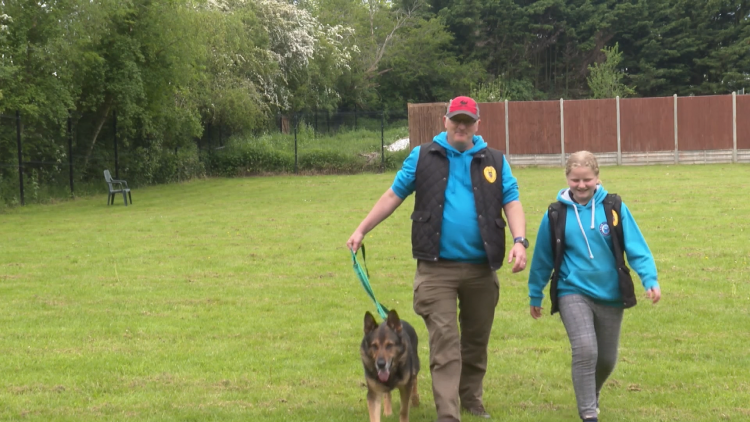 The police dog handler behind “Finn’s Law”, which gives extra protection for service animals has had so many requests for advice on training dogs, he’s started giving lessons online.

Dave Wardell and his dog Finn were both stabbed in Hertfordshire while responding to a call.

The work that I do professionally with my dogs, I still make it, I have to make it, as fun as possible. Is it obsessed with food, does it like sausage and cheese, is it obsessed with a tennis ball? To see people getting the answers that they want, and the dogs going ‘you’ve worked me out’ is just a wonderful thing to see.

Dave, from Buntingford, is best-known as a campaigner. He successfully called for a change in the law to protect service animals like his own police dog, Finn, who was stabbed on duty in Stevenage in 2016.

Dave now has more than 70,000 followers online with people contacting him for advice about their own pets.

It has become a family affair with his 11-year old daughter Tia providing weekly training videos on facebook and Instagram.

Some dogs struggle with separation anxiety, and I covered that in one of my lives and lots of people said that it really helped them and that their dog’s getting better.