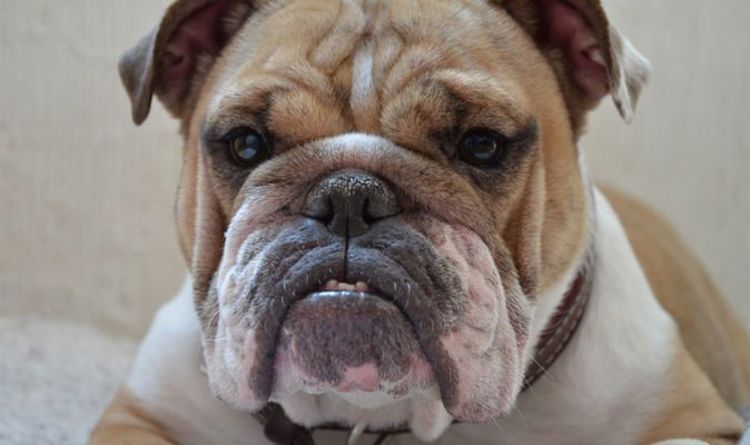 If you agree – or disagree – we’ll give you the chance to vote in the search to find the UK’s favourite dog breed. Head over to teamdogs.co.uk to find out who is at the top of the league table. Remember the rankings will keep changing so do cast your vote.

The breeds with the lowest number of votes will end up in the Dog House. The 10 lowest ranking will be eliminated each week until we end up with our worthy winner!

Built for comfort rather than speed, the traditional bulldog has become a much-loved symbol of British fortitude.

Their stocky build and determined expression belies a sweet and affectionate nature that makes them brilliant family pets. While their ancestors can be traced back to early fifth century in England, when they were bred to help butchers control their livestock.

As the centuries wore on, dog-fighting and bull-baiting was outlawed in England and owners began to select dogs for shorter legs and bigger heads The modern bulldog eventually emerged – a thicker, squatter version than before.

Also, the aggressiveness of the original Bulldog was bred out, leaving bulldogs as some of the gentlest dogs around, more at home snuggled up on a fireside rug that herding fields of cattle.

The original of the bulldog breed – and many would say the best – the English style are currently less fashionable than their pointy-eared French cousins (with 3,673 bulldogs registered with the Kennel Club in the first quarter of 2021, compared to a whopping 13,600 Frenchies).

But globally, the British version’s classic style and adorable expressions win it many fans – it is the sixth most popular dog in America, and serves as a mascot for many US colleges.

Well suited to most environments, they only need between 30 minutes and an hour’s exercise each day, so are a good choice if you don’t want to pound the pavements or be forever out in the fields.

Like other short-muzzled brachycephalic breeds, they can suffer with breathing problems, so be careful not to take them out when it’s too hot, and if you are a light sleeper, invest in earplugs – many bulldogs snore.

They’re also usually good with children and other dogs – their friendly natures win them lots of friends.

Some can be stubborn though, and they have a tendency to pull on the lead, or stop mid-walk when they have had enough, so thorough training is vital.

Whether tiny pups or mature dogs, they are never too old to learn, and are often motivated by food – so small treats will help you teach them every trick in the book.

Sadly, like many brachycephalic breeds, they can be at risk of certain health conditions, and have a life expectancy of between six and ten years.

Take a look at the Team Dogs leaderboard and cast your vote. If your favourite isn’t there, just email us at [email protected] with 200 words telling us how brilliant the breed is and why it deserves to win and we’ll add it to the competition.